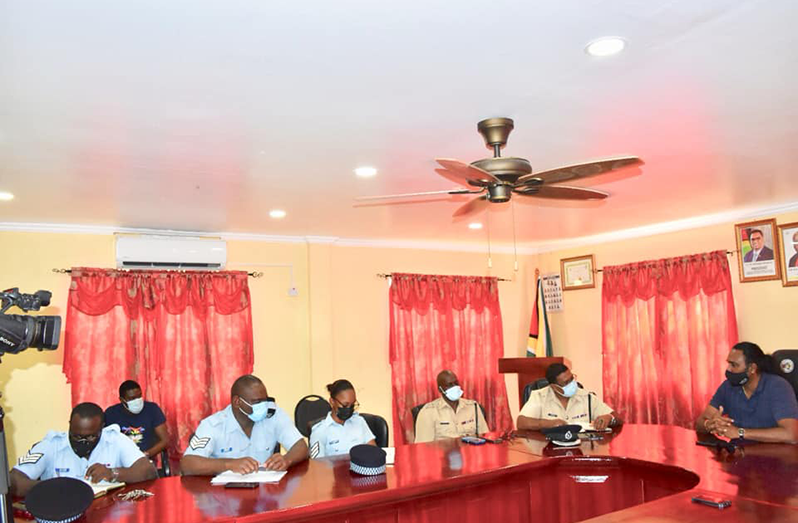 WHEN there has been a decline in crime in Mabaruma and other sub-regions in the Barima / Waini area despite the influx of migrants from Venezuela, Division One manager Superintendent Khalid Mandall said child sexual harassment is a cause for concern.

In the past month alone, Commander Mandall reported several cases of sexual abuse of minors in the region.
Despite the obvious challenges and difficulties associated with monitoring and crossing the wide land with limited resources, Commander Mandall said his team of active ranks has been involved in a number of community initiatives to build trust and improve police and resident relations. in the various communities in Region One.
This was linked by the Commander during a recent meeting with Force Corporate Communications Unit (CCU) Director Mark Ramotar, Deputy Stan Gouveia and other ranks of the CCU.
The meeting was held in Mabaruma in the board of the Regional Democratic Council (RDC) board for Region One.
“A lot of time (s), perception can be considered a reality… every police officer and woman are PRO agents in their own right,” Mandall asserted while reassuring his team’s full support of the CCU’s effort to improve the image of the Guyana Police Force.

The Commander, along with his deputy, Mark Vigilance, and their administration team, highlighted a number of issues including the formation of community policing and youth groups in the various areas, in order to build trust with the residents.

Supt Mandall also mentioned some of the challenges facing the police in the department which include domestic violence, statutory rape and child abuse.
In an effort to curb this behavior, sensitization campaigns are being carried out by the Commander and his team in the form of lectures to schools and residents in the communities.
Ramotar and Gouveia commended the Commander and his team for bringing these issues to the fore so that the necessary attention and support can be provided.