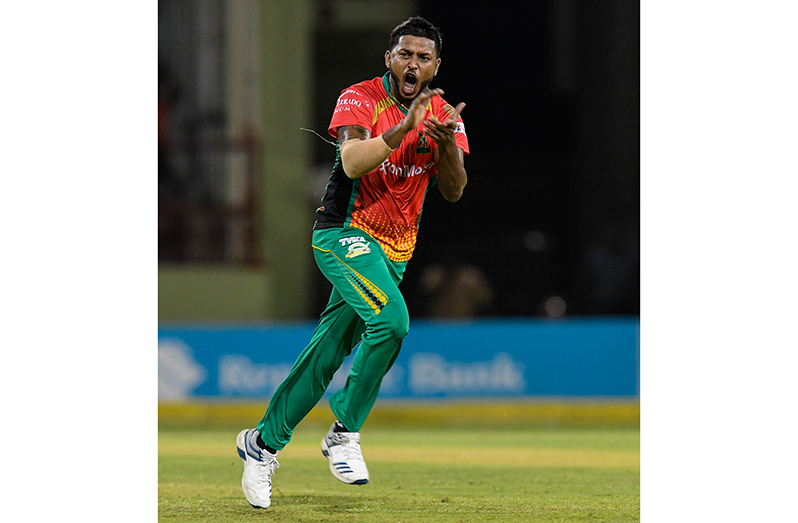 Coming off a productive run in US Open T20 Champion Chandrapaul Hemraj, he says he is well aware that consistency is still the best route to recall the West Indies.
Undoubtedly one of the best young batting talent across the Caribbean, the left wing made a total of 190 runs in the US T20 Open Championship, with scores of 10, 43, 87 and 50 and will now turn his attention to the upcoming Regional Super50 Cup, scheduled from Feb. 4 to 27 in Antigua and Barbuda.
“I would love to stay on this path, in terms of scoring runs consistently, so yes I am definitely looking forward to the Super50 tournament,” said the 27-year-old Cane Grove resident.

He added, “I’m satisfied with the performance in the USA. I think it’s a step in the right direction for me in terms of understanding my game more and being able to execute game plans more consistently, ”he explained.
Hemraj is primarily an opening batsman who can also bowl some decent left arm spin.
It first came to light when he was selected to play for West Indies U-19s. Shortly after, he made his first world-class appearance for Guyana in the Four-Day Regional competition during the 2011-12 season at the age of 19.

Hemraj represented the West Indies in six ODIs, with the last against Bangladesh in December 2018. He also played 31 First Class and 31 A-list matches so far.
Meanwhile, only the six main franchises – Guyana Jaguars, Trinidad and Tobago Red Force, Jamaica Scorpions, Barbados Pride, Hurrican Islands Windward and Leeward Islands Volcanoes – will be part of next year’s tournament.
Defending Super50 Regional champions, West Indies New Players, will not be able to defend their title.
More so, with the smaller game, the tournament will be played over one round with five games per team.