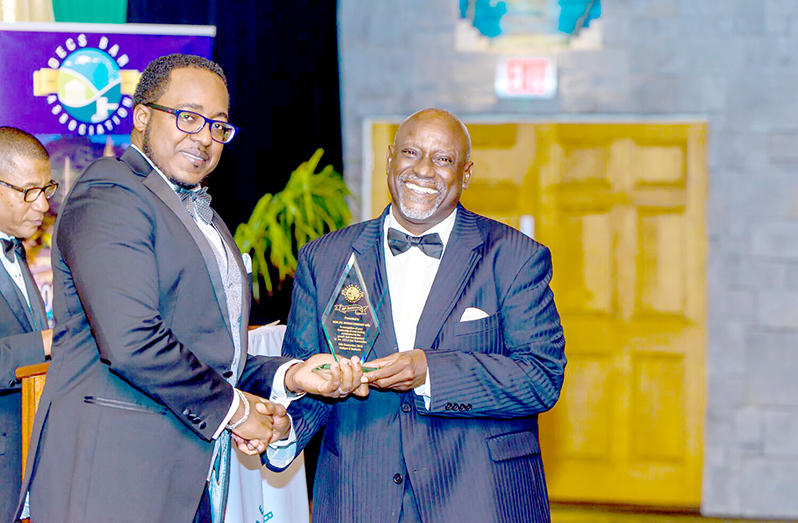 WITH Guyana rapidly transforming into an attractive commercial environment, all sectors must be kept at the forefront of facilitating the ingredients conducive to the country’s development. The legal sector is no exception and with dozens of international powerhouses settling in Guyana, the country’s laws must summarize and reflect contemporary jurisdiction.

In Guyana, the idea of ​​dispute resolution through the courts is often and culturally characterized by delays, backlogs and unsatisfactory results, leading to a litigious climate preventing parties from pursuing their allegations. This is where mediation is an Alternative Dispute Resolution (ADR) method, alongside mediation, conciliation etc. that can be used by parties to a dispute, to facilitate a mutually acceptable outcome without recourse to the courts.

It is widely preferred in the commercial sectors as it is a private procedure that allows for confidentiality; time efficient and conducted through a party-led approach, in contrast to the traditional nature of the court system.

The Guyana Chronicle on Saturday spoke with Justice (ret’d) Courtney Ashton Abel, the legal luminary contracted by the Government of Guyana to transform the country into the center of ‘El Dorado’ arbitration.

A Guyanese by birth, Justice Abel left the shores of British Guiana with his family from a young age to the United Kingdom. He completed his primary, secondary and tertiary education in England where he graduated from the University of Warwick with a Bachelor of Law (LL.B) in 1977 and then Inns of Court School of Law from the Bar Vocational Course in 1979.

He is a member of the Honorable Society of the Inner Temple and was called to the Bar of England and Wales in February 1980, and had undertaken Pupillage at Four Pump Court, Temple, England.

As a young lawyer, he had the opportunity to learn from some of the greatest legal minds in the world; in 1981 he represented the Commission for Racial Equality (CRE) at Lord Scarman’s Inquiry into the Brixton Harassment, led by Lord Stephen Sedley, QC, investigating and presenting detailed legal advice on police liability.

He then moved on to Brent Young People’s Law Center where he spent six years as counsel and project administrator dealing with a myriad of issues. He was responsible for community projects and generally represented young people’s interest at a strategic level.

“My experience taught me what I was not taught at university, it taught me that the most important skill for a lawyer is not always fighting cases, it could be reflection, negotiation and arbitration, and law schools never did focus on those skills, ”Justice Abel explained.

He added: “the good thing is that I was trained in very good Chambers, they had about six Queen’s Counsel and I saw what they were doing, they were demonstrating these skills that I was not taught and I got up as much as I could. . ”

After spending eight years in the United Kingdom practicing, his desire was to return Guyana, however, his friend John Benjamin QC asked him to work with him in Anguilla. He spent seven years as Deputy Head of Chambers, Caribbean Juris Chambers in Anguilla from 1988 to 1995 before establishing his own law firm, Courtney Abel & Associates, which later developed into Caribbean Associated Attorneys in 1998 where he practiced until 2012.

He pioneered in Belize and has made extensive regional appearances in the peaceful resolution of disputes by the mediation process. On behalf of the Chief Justice of Belize, he drafted the revision of the Belize Civil Procedure Rules to include Court-Related Mediation as an additional option available to civil litigants. He served as Chairman of the National Court-Related Mediation Committee effectively and functioning well; and was instrumental in overseeing the very successful introduction of a mediation system to Belize.

Justice Abel conceived and innovated in Belize (and the Caribbean) and prepared the first draft of the groundbreaking Court-Related Arbitration Rules; he organized and then supervised the training of about 50 Arbitrators (both lawyers and laymen) and piloted the draft rules to the law-making point of the Chief Justice.

He has returned to his homeland and is excited to bring all his expertise to prepare Guyana to become a ‘El Dorado’ destination in relation to ligation.

“Arbitration can be a catalyst for the transformation of the whole country, it provides a manageable and methodical way of leveraging the wonderful resources we have, alongside the controlled participation of outsiders in the process, it can bring lots of outside expertise and being deposited. here, ”the judge noted.

He added: “it’s a service industry; in addition to the wealth of resources we have, you have to have the servicing structure for it to function in a global economy. ”

The judge explained that he intends to ‘carve out’ within Guyana’s legal system, a very well-regulated and managed space for resolution, particularly commercial disputes, using various dispute resolution methods, including mediation and arbitration.

To date he has met with the Attorney General, Anil Nandlall, SC, and recommended that Guyana sign and ratify in his domestic jurisdiction the United Nations Commission on International Trade Law (UNCITRAL) Model Law on International Commercial Arbitration (UNCITRAL) 1985), which he explained is the gold standard model legislation.

“The infrastructure has to be right and state of the art; that’s why I made the recommendations, but then you have to make people feel that this system will operate fairly independently, in a cost-effective and efficient way, you have to come together, ”explained Justice Abel.

He added: “What I’m trying to do is not just establish the rules but set up the whole system architecture, I’m creating the early stage of the organization; I start very gently because I think something like this has to evolve. ”

Justice Abel explained that arbitrary good practice creates a space where the arbitration system is supported by the court but the court has minimal direct intervention.

“The difference between arbitration and court is that you do not have a judge, you have a trained arbitrator who makes an enforceable judgment,” explained Justice Abel.

He noted that this system is ‘party-led’ and sympathetic to the parties, making it the first choice method of dispute resolution for the commercial sector.

He predicts that the myth of ‘El Dorado’ will become a reality for the legal sector, but stressed that not only will the legal sector be transformed, but that all industries will be able to benefit from Guyana coming is the focus of Arbitration.

“I feel very privileged to have the confidence in me to fulfill this exact function and I don’t take it lightly, it’s not the easiest job to do but despite that I’m confident of what we will achieve, ”said Justice Abel.

While he is aware that he may not be able to anticipate all the difficulties that may arise during this transformational process, he has the tools and is ready to face them as they come.

Justice Abel will present at a Webinar called “Guyana, The Next Arbitration Hub: The Journey Begins” with the Ministry of Legal Affairs and Guyana Bar Association on Monday, December 21 from 16:30 hours via Zoom.