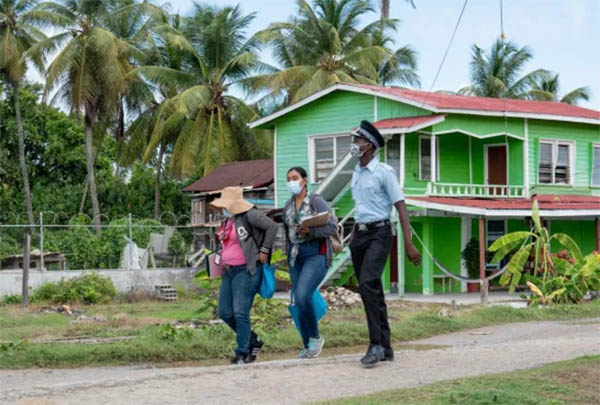 The Department of Public Information (DPI) reported that grants to date have been distributed to 11,968 households in the region, representing a payment of approximately $ 299 million.

Deryck Persaud, Executive District Executive Officer, said that with 6,641 households receiving the cash grant on East Coast Demerara, an estimated $ 166,025,000 has been paid on the coast, while 5,327 households have received the grant on Demerara East Bank, with $ 133, 175,000 already paid.

Cane Grove, Hope, Victoria, Unity and Supply (Mahaica) are some of the East Coast communities where the grant was distributed, while communities along the Linden-Soesdyke Highway and the Demerara River are also covered.

The government has said that grants would be given to “primary households,” while forms would be issued for completion by other families who live at the same addresses but cannot be identified as to provide for them.

The DPI report noted that the names, addresses and contact information of individuals who were not at home during the distribution were collected, and arrangements will be made for them to collect their grants at a later date. He added that primary homeowners had been advised to have a valid form of identification in their possession to receive the grant, including a valid Guyana ID card, a valid driver’s license or a valid passport.