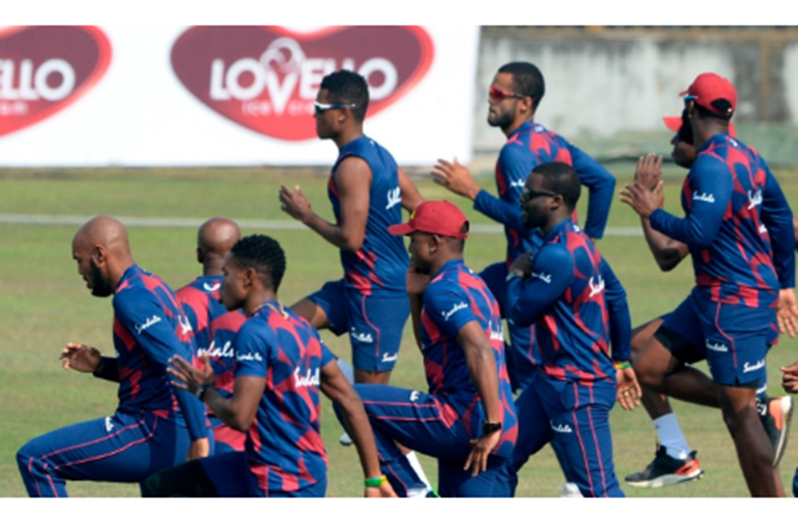 BRIDGETOWN, Barbados (CMC) – West Indies Cricket (CWI) president Ricky Skerritt has defended the recent whitewash of the West Indies series in Bangladesh, highlighting the extenuating circumstances posed by the COVID-19 global pandemic which resulted in a weak faction being sent to the south Asian country.
West Indies fell to a decisive 3-0 loss in the one-day International series that ended on Monday after producing a series of sub-bar performances.
The Caribbean side, who also face the hosts in two Tests starting next Wednesday, were hit hard with the withdrawal of 10 first-choice players over what CWI said was due to “COVID concerns or personal fears ”over the health situation in Bangladesh. .

“How do we solve the COVID-19 problem where we can’t get all of our players to play at the same time and we have to play field players, in some cases they haven’t played with Skerritt said in an interview on Starcom Mason and Guest Radio here.
“COVID-19 is a reality that some of us don’t seem to understand. We have to face the reality that, despite the fact that West Cricket India and other boards are doing more and more, players are facing hugely stressful decisions about their career and whether they participate in cricket under risky situations to minimize the risk.
“Tell me what you would do differently to get the best players on the park when many players are reluctant to travel and choose not to play? Are you going to punish them? Are you going to say ‘if you don’t play, you’re never going to play again?’ Then you lose them forever? ”
He continued: “I’ve listened to some of the discussions about COVID and I wonder if we think COVID only affects us individually, and we’re just scared but players and others shouldn’t be.”

Among the 10 players who declined the selection for the Bangladesh tour were Test captain Jason Holder and ODI skipper Kieron Pollard.
They were joined by high profile players such as Darren Bravo, Roston Chase, Shimron Hetmyer, Nicholas Pooran and Shai Hope, who formed the core of the Test and one-day units.
Under its travel policy in the midst of the ongoing pandemic, CWI has allowed players to choose to opt out with no penalties attached.
Skerritt said that while players had chosen not to travel for the previous two series in England and New Zealand, the Bangladesh tour had seen the highest number of players opt out.
“What has happened with this particular tour and the two previous tours during COVID in difficult, challenging health risk situations is that you couldn’t have all your best players on tour at the same time and this particular trip to Bangladesh was even worse, ”he explained.
“Because we had more players than we might have expected to pull out, and that may have to do with various things but the reality is that they didn’t play.
“So the reality is that we have a team that has been significantly weakened in a situation where even our best teams have lost in Bangladesh in recent years. Since 2014, we have not won the (away to) Bangladesh ODI tournament – let’s look at the facts. ”
He continued: “So we’re going to play against Bangladesh in conditions where most West Indies don’t like to play because the ball is turning, the field is a little flat and it’s not always great for batting.

“So we’re not taking our strongest batting team and the batting team is failing.”
West Indies were forced to play first seven players in the opening ODI and lost by six wickets, having managed to post just 122.
One other contender was in the second ODI where West Indies lost seven wickets after counting 148, and two other starters for the third game which the Caribbean lost by 120 runs following another rare total of 177, chasing 298 .
Skerritt said it was clear from the performances that the side had not been right, especially with the new players falling short of practice games due to the ongoing pandemic.
“I think we bowled really well, I think we pitched well. I’m not talking as a coach or selector – I’m simply talking as a fan, ”he noted.
“And as far as I am concerned, the players gave their best but clearly the best wasn’t good enough for that level of cricket, bearing in mind that these were players many of whom had not played any cricket recently and they were certainly not game-ready. ”