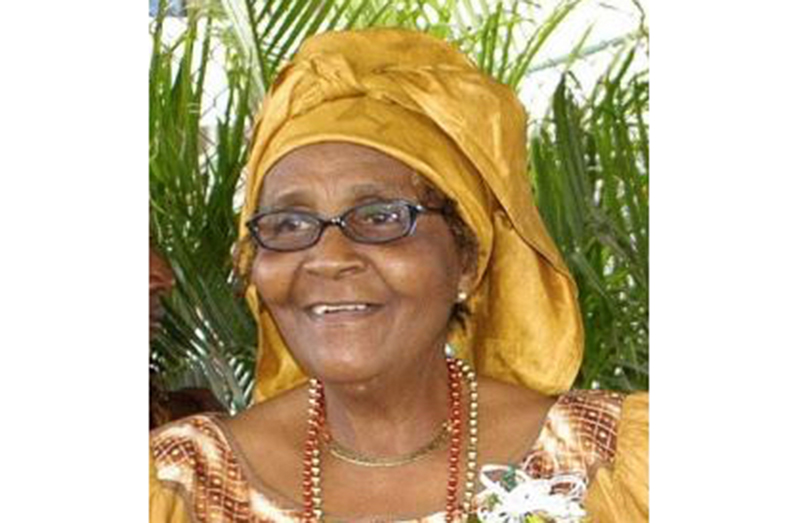 … Known as the pioneer of women’s cricket

ST JOHN’S yesterdy, Antigua – West Indies Cricket (CWI) paid tribute to Vivalyn Latty-Scott, a well-rounded West Indies player and pioneer in India for women’s cricket in the Caribbean, who sadly passed away on Saturday. She was a member of the first West Indies team to play a women’s Test match in 1976 against Australia and was also an inspirational leader in the Jamaican game. After retiring he served as a coach at all levels and also a referee.
During her career as an off-spinner and right-handed batsman, Latty-Scott played 10 Test matches and six One-Day Internationals. She was the first women from West India to capture five wickets in a Test match – 5 for 48 off 41 overs on debut against the Australians in Montego Bay, Jamaica.
Ann Browne-John, CWI’s Chief Selector for women’s cricket and former international player, said: “It was with great sadness that we heard of the death of Vivalyn Latty-Scott. She was always a fierce competitor and took her cricket seriously.

He taught us how to put everything in the game and pave the way for what we see today. She was an outstanding cricketer. She was truly one of the cornerstones of women’s cricket in the Caribbean. ”
Dorothy Hobson, who played alongside Latty-Scott for Jamaica and the West Indies, described her as a “dedicated and dedicated cricketer and lifelong fan of the game”.
Louise Browne, the West Indies first women’s Test captain, described Latty-Scott as “a passionate player with an incredible knowledge of the game”.
“When I started as captain, ‘Latty’ was one of the senior members of the West Indies first women’s team and excelled at bat and ball. Whenever I put the ball in her hand, I had the confidence that she would produce good figures and she never disappointed.
She was passionate about the game and was always aware of the statistics and what the team needed. When the history of women’s cricket is updated, Vivalyn must be mentioned among the outstanding players, ”said Browne.

Hobson said: “She was a great captain for Jamaica and a great West Indies player. She was a complete player with bats and balls, equally skilled in both skills.
Cricket was ‘her game’, she was a dedicated and dedicated cricketer and always had a dream of doing great things for the West Indies. Her legacy is that she contributed to the game at all levels – boys, girls, men and women – made a huge impact at all levels. ”
Stafanie Taylor, the current women’s captain and most successful women’s player in West Indies history, paid tribute to Latty-Scott.
“I’ve known this amazing woman since I went on my first trip with the Jamaican team and she was very helpful to me. It set a path for women’s cricket and played a very important role in my development and inspired many young cricketers in Jamaica to play the game and to excel. We all admired and respected her. ”