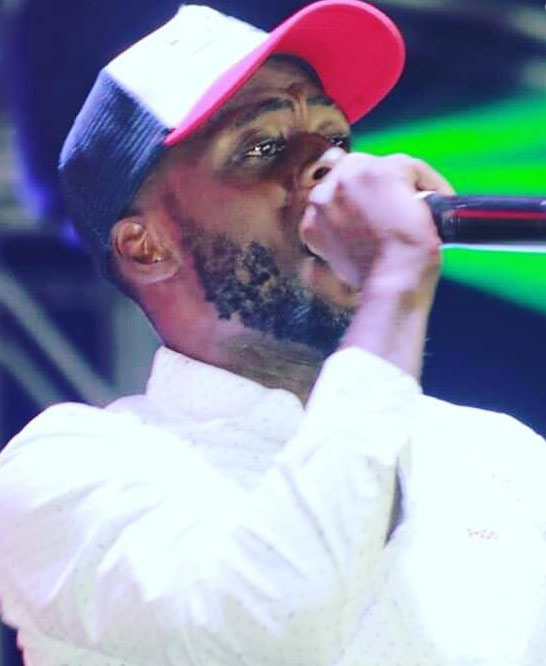 Dancehall / Reggae artist Davlon Marley Richmond, known by stage name Davy Marley, started his music profession five years ago. However, Davy’s recognition and influence in the entertainment arena goes a long way; he remembers that his family has always been involved in music.

Born in West Watooka, Linden, the singer has recorded and released several songs. Popular favorites are “Wine Fuh Me”, “King in the Making”, and “More Life”. His latest song, “Head Honcho” is also making waves.

“I was born into an artistic family, says Davy. “My dad had an uncle who used to play in a band called Super Dynamite, and Cannonball back in the days. Growing up seeing these things and growing up seeing my family as a part of so many [in music] an advantage … My father is a vocalist, my grandfather was a vocalist, and my uncle is another vocalist. Even on my mother’s side, there’s Eze Rockcliffe [a relative] and growing up seeing all these people do [music] gives me an advantage more than the average person. ”

He helped his family influence his life in music. Some of Davy’s inspiration, he draws from the people around him. “My family, friends, everything around me because music is an artiste reflection of life. Even my struggles can be the inspiration for a good song. Everything around me that I can see, I can feel, I can touch, is an inspiration…, ”said the singer who is currently an electrician technician employed at the Linden Hospital Complex.

Despite the worries the pandemic has caused, for the singer it has been a very good year as it has been a year of much reflection. Many would not agree with him of course but Davy has chosen to look on the bright side.

While the rest of the world is learning about Guyana, the Dancehall singer said, Guyanese are yet to show a greater appreciation for local music and other art forms. “Sometimes you struggle with funding to put your music out there and because people don’t really believe in your content, and then you don’t have a lot of private sector help and then we don’t have copyright. There are many disadvantages for Guyanese artists but we can’t really look at that, we just had to keep pushing and one day, with the strength of the Almighty, everything will work out, ”he said.

Davy has also written songs for other artists. He refers to himself as a ghostwriter because his writing for them is not put out there.

He has performed in numerous concerts but one of his biggest to date was at Banks DIH where he performed alongside Monga Honourable and Spice. However, while the singer felt privileged to perform at the same event with popular Dancehall artists, this was not his most memorable event. “My most memorable event was the opening of Linden Town Week. It was my first performance, and I knew once I got to the stage and opened my mouth to sing, from that point on, my life would be different. That was the big breakthrough mentally … I had grown up with a barrier in my mind and that restriction I had on myself, at that point, that limitation was broken, ”he says.

While the radio stations play his songs and the songs of other local singers, Davy would like to see more dedication from them for songs coming out of Guyana. And while he calls for artists to be more respected by fellow Guyanese, Davy is also looking at singers to pay more attention to the type of content they release.

“I want artists to understand that they are selling products and they have to be very careful about what they put out,” he said. “We have to stop taking this music as a joke because it’s not. People from all over the world listen to the music and pay attention to Guyana. We are [need] to understand this fact and know that we are no longer the league’s set of people in the corner, we have the world’s attention and must make the best use of it. Even Kartel in one of his recent songs is ‘big up’ one of Guyana’s sound system, Slingerz. We have to deal with the music more professionally and if we deal with the music more professionally, people are going to accept us more professionally.

“Where do I see myself in the next five to ten years? I see myself as one of the biggest Guyanese Dancehall artiste in the Caribbean. “

According to the singer, this goal is certainly possible as he and his team have been putting in the work. His growth so far, he said, has been incredible and if his music continues to progress the same way, there’s nothing stopping him from realizing his dream. His team is the members of Code R3d Records, a record label founded in January 2014. He joined them in 2015.

Music means the world to this singer. “Eighty percent of me is music. Without music, I am nothing, ”says Davy. While some sharpen their art over time, the singer believes he was born with music in his veins. His skill for observing and interpreting life better than the average person, Davy believes, are the attributes that make him great at what he does.

“The more I make music, the more I get myself, and the more I see things about me that I’ve never seen before,” the singer shared.

Davy is currently working on the video for his song “Rough Diamond”. He has an EP that is expected to release next year. He is also working on other music videos with Director Dex and Divine Entertainment. The singer is looking forward to the 2021 hyped.

What does this singer do in his spare time? Any spare time he gets is making more music. If he doesn’t write music, he gets caught recording in the studio and when he’s not in the studio, he spends his time promoting his music. Music, he says, is a full-time career and while he already has a full-time job, he puts in as many hours or more into his music.

However, he still likes outdoor fun like swimming, cricket and football.

Davy Marley’s songs can be found on digital platforms including Spotify, iTunes, Audiomack, and YouTube.