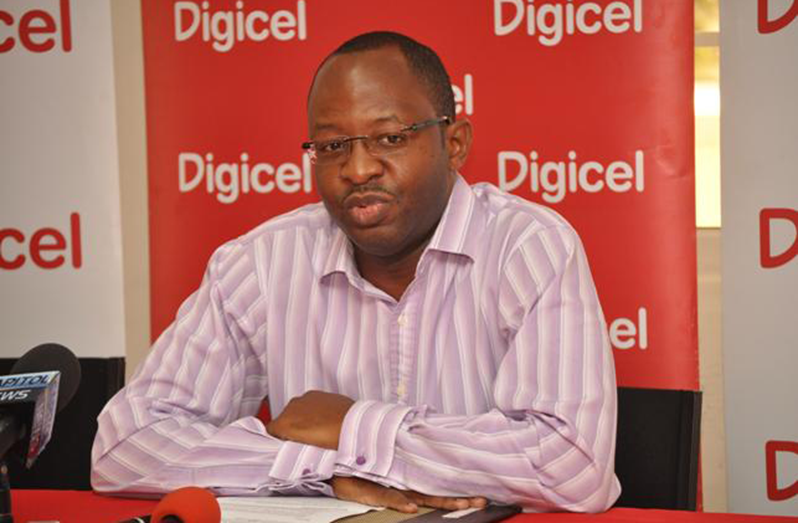 DIGICEL promises “Simply More” and delivers as they launch their 14th birthday promotion, “Who Wants to Be a Millionaire,” in Guyana.
The Digital Operator announced that they will make 14 of their loyal customers millionaires as they celebrate 14 years of service in Guyana.
So how can you become a Digicel millionaire? The “Who Wants to Be a Millionaire” promotion gives prepaid and back pay customers on an active Prime Bundle or an addition of $ 1,400 or more the chance to earn a million dollars ($ 1,000,000) daily for 14 days by beginning February 1, 2021, and concluding on February 14, 2021.
A press release from Digicel stated that once you have an active or supplemental Prime Bundle with $ 1,400 or more on the day of the draw, you will get a record to earn a million dollars. There will also be a special surprise for any winner who has been with the network since 2007.

Digicel will also reward 100 customers with $ 1,400 in free credit daily for the same period. Customers performing any activity on those days will be eligible, whether they send text, make a call, browse, activate a plan, or use any of Digicel Billo’s eight apps, MyDigicel app, DMusic, Bip, GoLoud, PlayGo, Sportsmax, and Loop.
The Digital Executive also allows its social media fans to become part of the celebration as well. Follow their Facebook page (Digicel Guyana), and you can WIN one of fourteen laptops. Answer the trivial questions, which will be posted daily from February 1st-14th, and you can be the winner.
For music and messenger lovers, Digicel has something for you too. Download the Bip messenger app from the Play Store or the App Store and be part of the daily Bip Trivia and have a chance to win $ 20,000 daily.

Music lovers can also stream the “Ultimate Valentine’s Day” playlist in the DMusic app and have a chance to be 1 of 3 $ 140,000 winners. To end the 14 days of celebration, on February 14, customers on a qualifying Prime Bundle can “Shake to Win” in the MyDigicel app and have a chance to win 1 of 14 laptops.
According to the statement, Gregory Dean, CEO (CEO) said “As we celebrate this milestone, our focus remains on our customers and we hope customers enjoy participating and earning millions with us. Since liberalization, we have committed over $ 5B to expand and improve services. We have completed to date LTE expansions in Bartica, Linden, Port Kaituma, Mahdia, Kwakwani, Potaro, Berbice and Essequibo riverain communities to support our Prime Bundles and digital launch. This adds to our LTE services in Georgetown and surrounding areas. We are eagerly awaiting the grant of various licenses, permissions and spectrum allocations to expand our service offerings and scope over the coming months. “