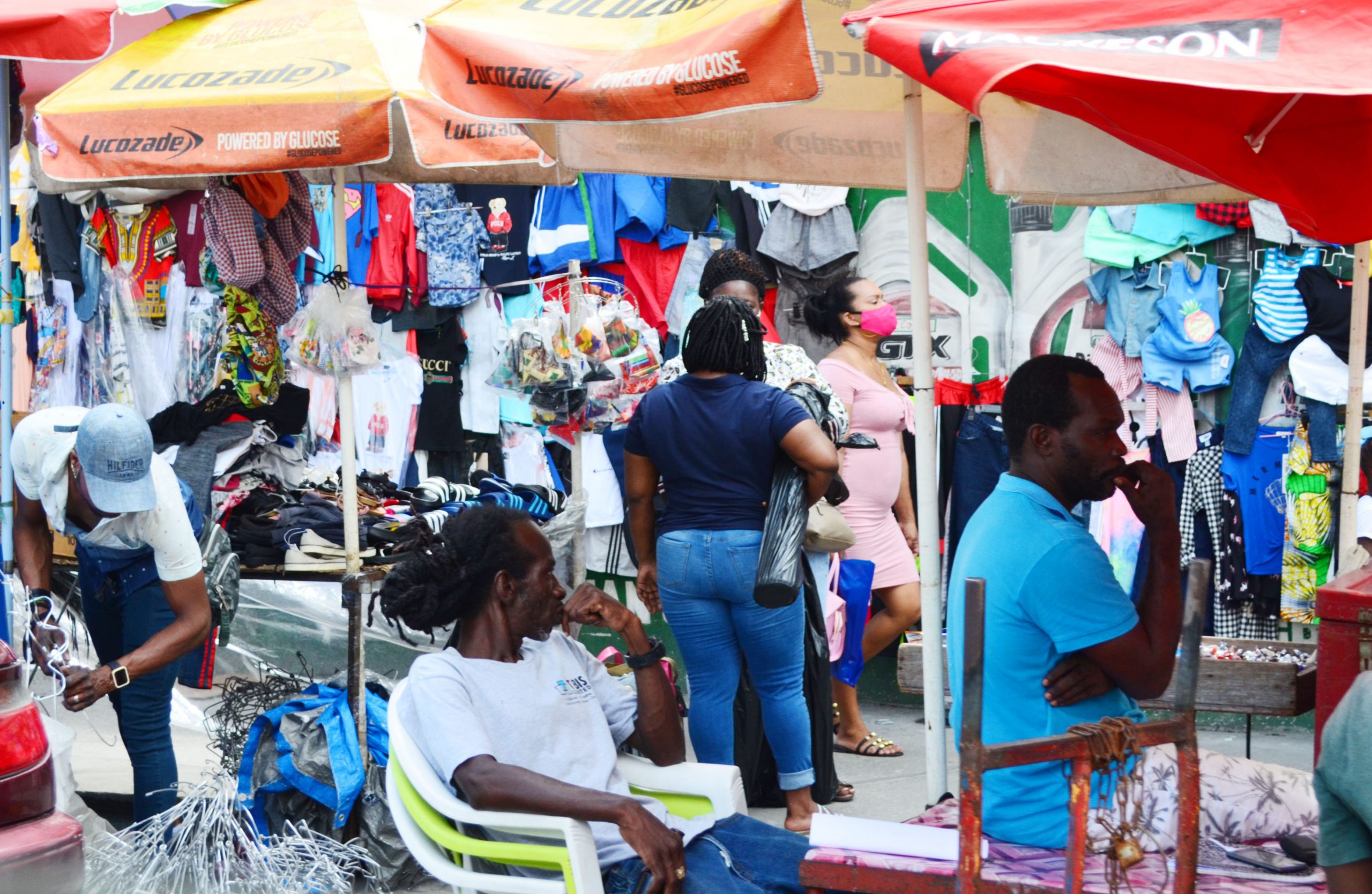 On Friday, the music was singing from one of those hand cards that offered CD’s for sale. The seller parked the shrink in the northeast area of ​​Regent and King streets and always offered Destiny’s Child’s popular Christmas tune… “Doesn’t it feel like Christmas?” Two on-foot policemen had stopped at close range and appeared to be preparing themselves to encourage him to ‘move on.’ However, somehow, they seemed to sense, under the circumstances, that the tone was making the right kind of statement. It was Christmas and people simply have to find a way to put the pandemic fury behind them. They chose to leave it on the corner. “Doesn’t it feel like Christmas?” … One of the more ‘catchy’ of contemporary Christmas tunes, seemed entirely appropriate in the circumstances. It was like trying to impregnate the ‘Christmas Spirit’ to people who had yet to think of the answer to that question. The atmosphere underlined the impact that the single most serious health-related abuse of our time has created. In more than one way, the coronavirus has been a turning point in our existence. It has closed schools, brought business to a halt, created a sense of paranoia about hygiene and cleanliness, and forced changes in a myriad of other ways. However, Christmas is likely to be the acid test of the extent to which COVID-19 has displaced our normal behavior pattern.

Last Friday was not a fair indicator. Assign blame ‘Doesn’t it look like Christmas?’ the reaction of the people within ear hearing was difficult to discern, the masked faces told you little or nothing. If anything, those masks obscured much that is there about Christmas … animated Guyanese expressions in anticipation of the ‘most wonderful time of the year’, the intensity of the shopping experience, the mixed expressions of the children being led on the tour, and the ‘pumping and crushing’ of competing for the restricted pavement outside the shops that everyone was trying to access. How to ‘do’ social distance inside those crowded business houses in two weeks and just before Christmas is going to be a particular challenge for those involved.

You could easily, at your own risk, have left COVID-19 outside if you had ventured to some Regent Street stores. The business owners, it seemed, were determined to press this year’s Christmas shopping into a kind of ‘make-up’ for the ‘up and down’ trading associated with coronavirus that has caused them to disperse less than essential staff and to close and open their doors to governmental edits that still accompany the ebb and flow of the virus casualties. However, our discerning business owners have long proven that they are made of tougher things. Friday seemed to be a sort of trial run out. They had opened their shops, it seemed, in a way that can best be described as having a sense of resurrection. They were not about to be permanently buried by the pandemic. Shoppers were monopolizing the sidewalk on Regent Street, east of Orange Walk, seeking access to that stretch of small shops that offered everything from ceramic bugs and cheap decorations to items of furniture at prices that, when all is said and done, significantly lower than the hire purchase arrangements that were applicable elsewhere – giving less immediate expenditure but greater cost in the longer term. Returning towards Georgetown town center, a short walk through Bourda Market revealed an aisle of meat stalls, unoccupied by customers. It was as it should be. It’s still too early to do the seasonal meat shopping. Further west, however, a seller was displaying a small mountain of ginger doing a brisk trade although one could not really say whether the animated group of buyers were shopping with ginger beer in mind or whether this was simply a continuation from the huge increase in demand for ginger that had accompanied the local excursion into ‘home remedies’ used to combat COVID-19.

Along the Regent Street pavement, the jostling buzz appeared, the shops were competing for sponsorship, the music carts sang Christmas tunes and the vendors, their voices were trying to lift them above the shoppers beating and exhausted as they passed. aimed at one determined collective effort to summon the spirit of the season. However, the masked faces gave little. It was difficult to gauge the myriad expressions behind them, though, if you looked hard enough you thought you saw a steely decision to hold on to the ‘most wonderful time of the year’ when looking over shoulders in an effort to determine if, creeping up on us was a pandemic that, for the better part of a year has now made its disposition unambiguously known … still not ready to go away.

Outside the Bounty Supermarket on Regent Street, two women occasionally pulled at face masks who appeared to be prominent irritants when speculating to each other about the chance of the curfew body stretching hours before for the season to enter its peak. They disagreed – one emphatically arguing that “nothing can stop Christmas” and the other warning that such free speech must be balanced with the increasingly frightening official COVID-19 victims’ account and popular apathy apparent to the statistics.

As we moved away from the corner where a handful of taxi drivers had gradually eased themselves into the discourse between the two women, a pair of policemen engaged a young girl who had come out of a taxi wearing a face mask. We did not relax to witness the after effects.