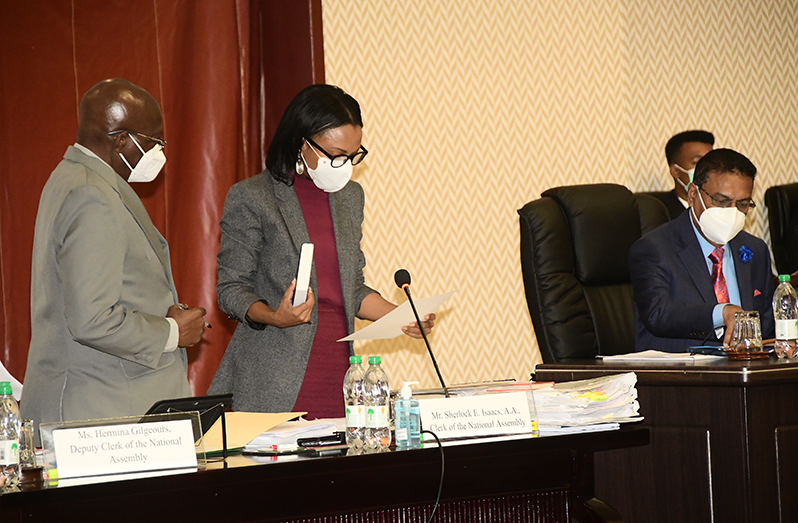 TOURISM Minister Oneidge Walrond and Finance Minister Dr. Ashni Singh, came in as non-elected members of the National Assembly on Wednesday. Singh and Walrond are therefore regarded as technicians, meaning that they are not eligible to vote on matters arising in the House. This is because their names were not nominated on the political party’s candidate list, leading up to the General and Regional elections.

Walrond was previously sworn in on August 5, 2020 as Minister for Tourism, Industry and Commerce, after which she was sworn in as a Member of Parliament (MP) on September 1. However, because of her dual citizenship, her appointments are inappropriate. He was forced to resign and was properly reappointed Wednesday.

The Attorney-in-Law has several years of practice. Prior to the March 2020 elections, she was nominated for the position of Chairman of the Guyana Election Commission. Walrond, whose nomination was deemed “unsuitable” by the former APNU + AFC Coalition, served as an adviser to the then Minister of Public Telecommunications, Catherine Hughes.

Dr. Ashni Singh has been at the helm of the Ministry of Finance for two consecutive terms under the People’s Progressive Party (PPP / C) Civic Government (2006 – 2015).
Prior to becoming Finance Minister, Dr. Singh is Deputy Auditor General of Guyana and Director of Budget at the Ministry of Finance. Dr. Singh is also the Chairman of the Board of the Guyana Finance Authority and a member of the Governing Council of the University of Guyana.
Singh is also a holder of a Doctor of Philosophy (PhD) in Accounting and Finance from the University of Lancaster, UK.