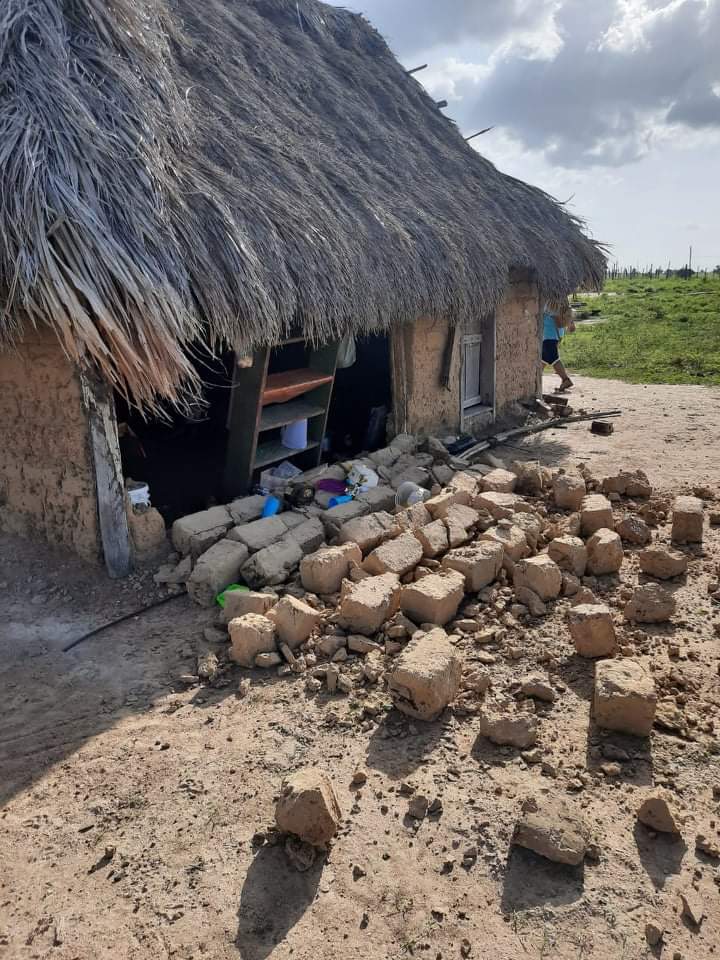 Karlos Kroft’s picture of a damaged house in Katooranib

In an update, the government’s disaster response agency announced plans to assess the damage in Katooranib village.

“The Upper Takutu-Upper Esequibo Regional Authorities (Region 9) have confirmed that there are some damages to property and ground surfaces in the Region due to the magnitude 5.7 earthquake that engulfed many parts of Guyana earlier today.

The Regional Response System is mobile and ready to carry out an assessment and provide support to affected families, ”said the CDC.

There, the brick walls of two houses were smashed and earth tracks cracked by the earthquake thought to be epicenter in the vicinity of Dadanawa, another area of ​​the Rupununi

There were no reports of fatal injury related to the earthquake that struck the Rupununi Region, parts of neighboring northern Brazil and even parts of the coast. Residents in Region 8 (Potaro-Siparuni) and Region 10 (Upper Demerara-Upper Berbice) reported feeling the tremor just after 3 PM local time.

The tremor started around 3:07 PM and lasted several minutes.

The USGS said the quake was at a depth of 9.7 kilometers and 83 kilometers from Lethem, the capital of Region Nine (Upper Takatu – Upper Essequibo).

Lethem Mayor John Macedo said the quake was “quite strong”, causing one of his guests to leave the Kanuku Hotel as a precaution. “I felt the tremor. All the walls and windows were shaking, ”he told News-Talk Radio / Demerara Waves Online News.

The Mayor said he received no preliminary reports of any damage or destruction caused by the earthquake. “It doesn’t seem to have had any significant impact,” he said.