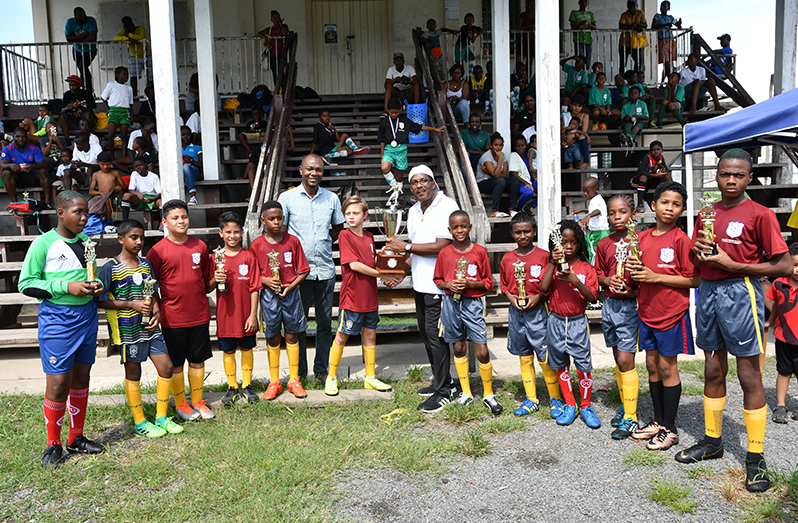 Ralph Green of the USA, sponsor of the East Bank Football Association’s annual Under-11 League, has informed that the fifth edition of the tournament, which should have been played this year but suffered like many other sports, was due to the Covid-19 pandemic , bigger and better in 2021.
Noting his disappointment with not being able to engage the young people this year, Green said the safety and health of future stars, who show off their skills during the competition, is a priority and promised that next year’s edition would be exciting.
“I want to reassure the EBFA and the players, although many would have been disappointed given the fact that the tournament didn’t go away this year, next year we would get bigger and better.

I am already in discussion with the coordinator, Franklin Wilson, looking at ways to improve the tournament. We have already acquired two sets of goals [post] for the tournament and look at other ways to make the experience for our young people more memorable. ”
A total of twelve teams participated in the 2019 edition of the tournament won by Vurlon Mills Academy, which edged Riddim Squad FC 2-1 in the final; all games were played at the Guyana Football Federation (GFF) National Training Center, Providence, Demerara East Bank.
The Timehri Panthers won the game in third place, trailing Kuru Kururu Warriors, 3-1. Other competing teams were Agricola, Eagles FC, of ​​Stewartville; Swan FC, Friendship All Stars, Diamond United, Samatta Point / Kaneville, Grove Hi Tech, and Fruta Conquerors.

An increase in teams from 12 to 16 is being considered as well as teams receiving full uniforms. Currently, teams are given branded shirts ((including EBFA logo) to play while branded size 4 balls are also in use. while all coaches were wearing polo shirts from the first and second place teams were presented with replica trophies while the third and fourth teams received medals.
Plaques were presented to Most Valuable Player, Best Goalkeeper, Highest Best Scorer, Most Promising Player, Most Disciplined Player and Best Coach.