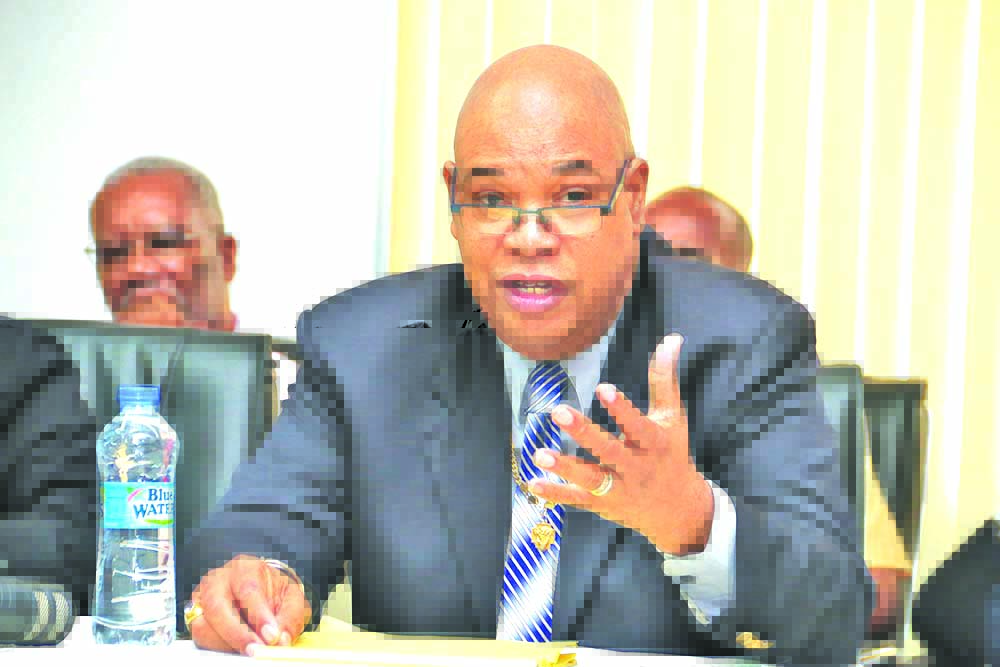 After a probe into the asphalt plant racket revealed several damning findings, the Demerara Harbor Bridge Board of Directors will undergo a “face-off interview” with culprits before taking formal action.
Public Works Minister Juan Edghill said the Board discussed the findings of the investigation, where a decision was made to hold individuals responsible for their actions. During the coming week, interviews will be facilitated and formal action will be announced thereafter.

“The Board discussed the report I presented to them. They have made some findings and part of those findings is that individuals who have been found guilty, the Board’s HR subcommittee is to meet and interview them before taking formal action. “
He further said, “The Board Chair is arranging for those interviews early next week and then from there we will make public pronouncements. The Board has found that certain executives must be held to account for the mismanagement and some of the breaches that have occurred and, in their consideration, found that they needed a face-to-face interview. “
The investigation confirmed that asphalt is being credited to large companies, some with their own asphalt plants and therefore, in competition with the DHBC. In addition, more than $ 9.8 million was paid to a non-existent Trinidadian company back in 2015 – a year before the company was incorporated. Meanwhile, Managing Director Rawlston Adams would have spent $ 897,000 of the public money to buy himself a bracelet.
Last week, Edghill revealed that the former APNU / AFC Government spent a staggering $ 488 million to acquire parts for and then build the modern 2000 Batch Eco Asphalt Mixing Equipment but it is still inoperative.
On Friday, he called out his predecessor, David Patterson for announcing that the plant is producing asphalt, when in fact, many aspects need to be laid. The asphalt currently being produced comes entirely from the older plant.
“This is the white elephant that must be fixed and must be addressed … Since we arrived in Government, we discovered that there were no parts in place to make them functional. That’s why I can’t understand David Patterson’s level of honesty … We’re all physically present and the plant never turns a ton of asphalt. Can not. All[thing] that doesn’t need to be to make it functional so so much propaganda and public spinning won’t make a non-functional asphalt plant function. ”
The Government is moving to ensure that the work is implemented, as it is vital in the development agenda planned for the next five years. The Minister shared that a special probe will be conducted by the Guyana Audit Office, to determine why the factory is not operational and whether funds would be used wisely.
He stated, “We have a very strong development agenda. This plant and its ability to produce asphalt daily if needed and needed. So far, it cannot be functional and functional. I don’t know if it will ever be and at what cost. This one will require a special investigation to find out how it was acquired, if this was the best deal we got, why it doesn’t operate, what needs to be done to make it work and how we could get started use it for greater efficiency. . ”
A team of technical personnel is being organized to investigate the situation and determine the next steps to repair the defective components. (G12)