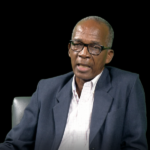 Kaieteur News – The Ministry of Labor is currently in the process of updating its human resources and other capabilities, to deal with issues related to the influx of Venezuelans, Brazilians, Chinese and other exiles.

Key among these, according to the great Minister Joseph Hamilton, is the need for “equal pay for equal work” for local people and foreigners.
The Minister made this comment while he was a guest on a panel discussion hosted by the American Chambers of Commerce in Guyana (AmCham). He told panellists that the Ministry is working to ensure that Guyana’s laws are used to ensure that workers get their fair share while working in the country, regardless of the sector.
Addressing the issue of emigration and migration and their effects locally, the Minister reiterated that “more than half of the people considered Guyanese, living in Guyana, must be underlined living in another country as migrants. ”
He also remembered, “there was a period of time when we flew out to become emigrants ourselves in another country.”
Addressing the issue, he revealed that, as it pertains to neighboring Venezuela, there are three sets entering Guyana from that country.
These, he categorized as Guyanese who left decades ago and lived in Venezuela, children of those immigrants, and Venezuelans who are citizens of that country with no Guyanese connections.
As such, he said, “we in the Ministry of Labor, as we look at the issue, have to look at it holistically again separately.”
It has since revealed that the Ministry has increased its supply of Occupational Safety and Health (OSH) Officers to deal with labor relations issues with representatives in each of the 10 administrative regions
In addition, the Labor Minister noted that the administration has initiated commitments to ensure that “our OSH officials receive foreign language training because they cannot intervene properly on behalf of migrants in Labor and OSH if they speak English only.”
In that regard, the Minister noted that the OSH Officers will initially commence language training in Spanish, then Portuguese and Mandarin.
The Minister also said that the Ministry, in its bid to support the integration of migrants into the domestic economy and workforce, will make available the services of the Industrial Training Board and the Central Recruitment and Workforce Agencies.
This, he said, is to train migrants seeking employment, and place them with potential employers.
He said that, in this regard, the Ministry is looking to “play our part there, to see how we can engage with migrants to be placed in the working environment, where they are protected,” and highlighted to the caveat of securing “equal pay for equal work” whether by a foreigner or a Guyanese.