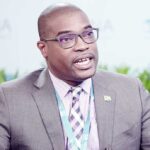 – Ghana loses hundreds of millions $$$ a year in a similar arrangement

Kaieteur News – In 2016, ExxonMobil and the David Granger administration caught the people of Guyana in an oil deal with extremely unfair terms. Despite constant criticism of this deal, two years later, the ultra-oil would go on to make an offer to Guyana that could hold it in another unfair, financially unsustainable position – more gas than it needs Guyana. Fortunately for Guyana, he may learn before he signs a deal, about the experience of Ghana, a country trapped in a long-term deal that forces it to pay hundreds of millions of dollars a year for gas it doesn’t need.

On December 31, 2020, Former Public Infrastructure Minister David Patterson appeared alongside several highly regarded panelists at Kaieteur Radio’s Guyana’s Oil & You show hosted by Senior Journalist Kiana Wilburg, where he admitted that ExxonMobil in 2018 had offer to bring 30 million. cubic feet of gas to shore per day, to meet Guyana’s energy needs.
It was important, Patterson noted, as it would be the first major petroleum project to have a direct impact on the lives of all Guyanese.
Patterson informed Wilburg that, as of August 2018, the government had done several studies on the onshore gas proposal, as significant gas reservoirs had been discovered in the Stabroek Block. At that time, negotiations for this project were within the remit of the Patterson ministry.
The former Minister said that the government had also asked the World Bank and the Japanese government for assistance in this regard, but that those teams were likely to be sent and received when responsibility for the project shifted to the Department of Energy, once formed.
The government, according to Patterson, had tried to explain to ExxonMobil that the government should be repaying not for the gas itself but just for transporting the gas. He said that as “Exxon was under tremendous pressure on the equity of the contract,” he was open to government suggestions. ”
Patterson said they were close to an arrangement, including discussions about which party would own the pipeline, and the cost per cubic meter the government was supposed to pay. He said Exxon wants to recover its spending on the pipeline construction quickly.
The former Minister said Guyana would “obviously” not be able to use all the gas. Therefore, the negotiations included a “take or pay” provision, which would force the government to take the gas or pay a set amount.
Patterson said the project is a viable one because Guyana’s electricity needs have been growing seven percent a year since 2015, and because of its struggle with power cuts due to a poor state power grid and power generation capacity.
This reasoning finds similarities in the Ghanaian experience as well. An independent policy center called the Institute of the Americas had warned Guyana not to end up like Ghana. He said that Ghana approved the Sankofa gas project in 2015 because, like Guyana, it wanted to reduce power costs, reduce emissions and make electricity services more reliable. According to the World Bank, since the start of the project in 2018, Sankofa has led to the provision of power to 1.6 million households, among other benefits.
These benefits came at a tragic price. The American Institute said that Ghana had signed a long-term take-or-pay Power Purchase Agreement (PPA) with suppliers, which would have to pay for 90 percent of the gas produced from the field, no matter the demand. In 2019, Ghana’s bill for unused gas was US $ 250M.
Realizing what had happened, the current administration responded by creating the Energy Sector Recovery Program (ESRP) to find uses for all additional gas and work on securing fairer agreements in the future.
An additional concern is the fact that the World Bank is a common denominator of Guyana and Ghana oil and gas affairs.
The Bretton Woods Project, a British watchdog formed to challenge the effectiveness of the World Bank and the International Monetary Fund (IMF) raised questions about the role of the World Bank in Ghana’s gas development. The Bank had made a significant investment in the Sankofa gas project. It is also assisting Guyana with a loan that is full of conditions, so that Guyana can develop its oil and gas sector.
This has not gone unnoticed. In an Aug. 14 letter, three good governance advocates wrote to the World Bank expressing their concerns. The signatories were International Solicitor Melinda Janki; Former Auditor General of Guyana, Anand Goolsarran and co-founder of the Oil and Gas Governance Network, Darshanand Khusial.
They pointed to former President David Granger’s Green State Development Strategy: Vision 2040, which states that “Natural gas associated with the Stabroek Block oil production is anticipated to be sufficient to generate 200-300MW in generating capacity, at more than current Guyanese electricity generation. ”
The Bank is now being challenged to prove that Guyana will not fall into the same fate as Ghana.