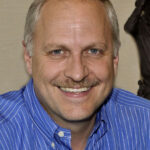 Kaieteur News – COVID-19 pandemic or not, ExxonMobil’s US oil titanium plans to pursue a rapid search for Guyana’s offshore oil in the Stabroek Block as it is ready to drill exploration and appraisal wells 12 to 15 this year. This was recently revealed by his junior partner on the block, Hess Corporation.
During that company’s fourth-quarter earnings call, its CEO (COO), Greg Hill, revealed that the wells will target a variety of prospects and play types. He said these will include lower-risk wells near existing discoveries, higher-risk stepping out, and several penetrations that will experience deeper lower Campanian and Santonian periods.
In addition, a Hess employee said that this ramp program will allow partners, including CNOOC / NEXEN, to accelerate the exploration of the block and enable optimum development in the future. In addition, Hill said the partners believe the deep play emerging on the block that is in the lineup for drilling has significant potential. Kaieteur News understands that further drilling will ultimately help determine its commerciality and value.
Over the coming months, Hill said Hess will be participating in two exploration wells and two evaluation wells on the Stabroek Block. In this regard, he revealed that the next exploration well to be drilled is [Koebi-1] [Ph], which is about 16 miles Northeast of Liza. He said this well will target Liza-type Campanian reservoirs, and is expected to be plundered in February using the Stena Carron exercise.
In March, the Hess COO said the partners expected to plunder the Longtail-3 appraisal well, which will provide additional data in the Turbot, Longtail area while adding that they plan to drill a deeper section targeting Campanian and Santonian geological periods is. The Stena DrillMAX is used for this exercise.
Moving into April, Hill said Hess expects Exxon to rob Yellowtail-2 appraisal using Don Taylor’s Noble drill exercise, while the Mako-2 will be drilled later this year. He said success in this could move Mako Uaru district in the development queue.
In May, this news agency understands, Exxon plans to rob one well-located Redtail-1 probe about 12 miles east of Liza. This well will test Campanian and Santonian age reservoirs and will be drilled by the Stena DrillMAX.