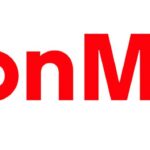 Kaieteur News – ExxonMobil Guyana has made unverified claims using block figures in its local content public relations campaign. Celebrating its one year anniversary in oil production in the Liza Phase One project, the company said “Investment in the local economy continues to increase as the Liza and Payara Phase Two projects move forward. More than 2,100 Guyanese now support activities on and offshore. ExxonMobil and its key contractors have spent over GY $ 69 billion with over 700 local companies since 2015. ”
Local content is the value that an extraction project brings to the local, regional or national economy beyond the resource revenue, according to the Natural Resources Governance Institute (NRGI). The anti-corruption watchdog also claims that a challenge with local content is that it can open the door for corruption and the capture of an industry elite. In this regard, corrupt public officials can position themselves to benefit from oil company contracts, and private local companies can partner with oil companies to create a false impression about the contractor’s local involvement efforts.
Therefore, ExxonMobil has been called upon, many times, to provide transparent and detailed analyzes of how the money it claims was spent.
The company has not provided any disaggregation of this block figure, such as how much of the $ 69 billion spent to pay its Guyanese employees and employees of its partners, subcontractors and associates, rather than the amount spent to pay local companies for a contract. works.

In terms of its employment by local people, the company’s block figures also fail to inform the public about the wage levels of jobs held by local people. Exxon Local Content Advisor Devon Seeram, in a video posted on the company’s Facebook page in November, said Exxon’s direct workforce is about 155 employees, 87 of whom are Guyanese. Although this represents a majority of the local ExxonMobil workforce, there is no representation of the wages or type of employment given to Guyanese workers, as opposed to those given to workers of other nationalities. Nor is there such an analysis for employees of its partners, subcontractors and affiliates that supports its operations.
On its claim that 700 local companies have been contracted since 2015, Exxon does not disaggregate how much was spent per month. Seeram had said in the video above that the company had spent $ 60 billion as of the first half of 2020, since 2015. This means the company claims it spent nearly $ 9 billion in the latter half of the year. The company has not matched this with details of the categories of businesses employed and the amounts paid to those categories.
One presentation made by ExxonMobil to the government in 2018 has shown how block figures with no explanation can be misleading. At the time, the company provided a list of “registered companies” to demonstrate its local content commitment in the first quarter of 2018, including the names of Dennis Charran, Mokesh Daby, Colin Daniels, Colvin Lockhart, Kembleton Clyne, Kurt Branker, Ramesh Seebarran, Ganesh Ajodha , Gary De Jesus, and Stan Gouveia.
The list had duplicate names, like the accounting firm Ram and McRae, and included place names like Bourda Market, Haags Bosch Dumpsite, Shanta Rotary Shop, Bounty Supermarket, Metro Office and Computer Supplies, Star Party Rentals, Maggie’s Snackette and Catering , A Taste of India, Royal Castle Inc., and Java Coffee Bar.
It also listed the Guyana Finance Authority. It is public knowledge that ExxonMobil and its subcontractors pay no taxes in respect of their petroleum operations. The only money they paid would be small fees to obtain licenses, or small fines / penalties for breaching conditions.
The company even listed utility companies like Guyana Power and Light (GPL) as part of its local content efforts.
One international local content expert had previously told Kaieteur News, “The number of companies used by ExxonMobil is irrelevant. The essence of the matter is the ‘value of the investment’ made by ExxonMobil. As a result, they had advised that Guyana’s senators call on the company to provide a detailed breakdown of how many companies benefited from US $ 1M, US $ 500,000, $ 100,000 and under US $ 50,000. ”
“With that breakdown, you will be able to see if the country is getting real chicken feed or investment… With meaningful investment, the sectors that support the company’s operations would see real expansion and development , ”Another local content expert. explained.
The Private Sector Commission (PSC) and the Guyana Manufacturing and Services Association (GMSA) recently made a joint statement calling for more to be done for local businesses in the oil and gas value chain. The organizations were of the view that as the sector is ready for growth, oil and gas companies should move away from individual sources to allow opportunities for local people to grow.