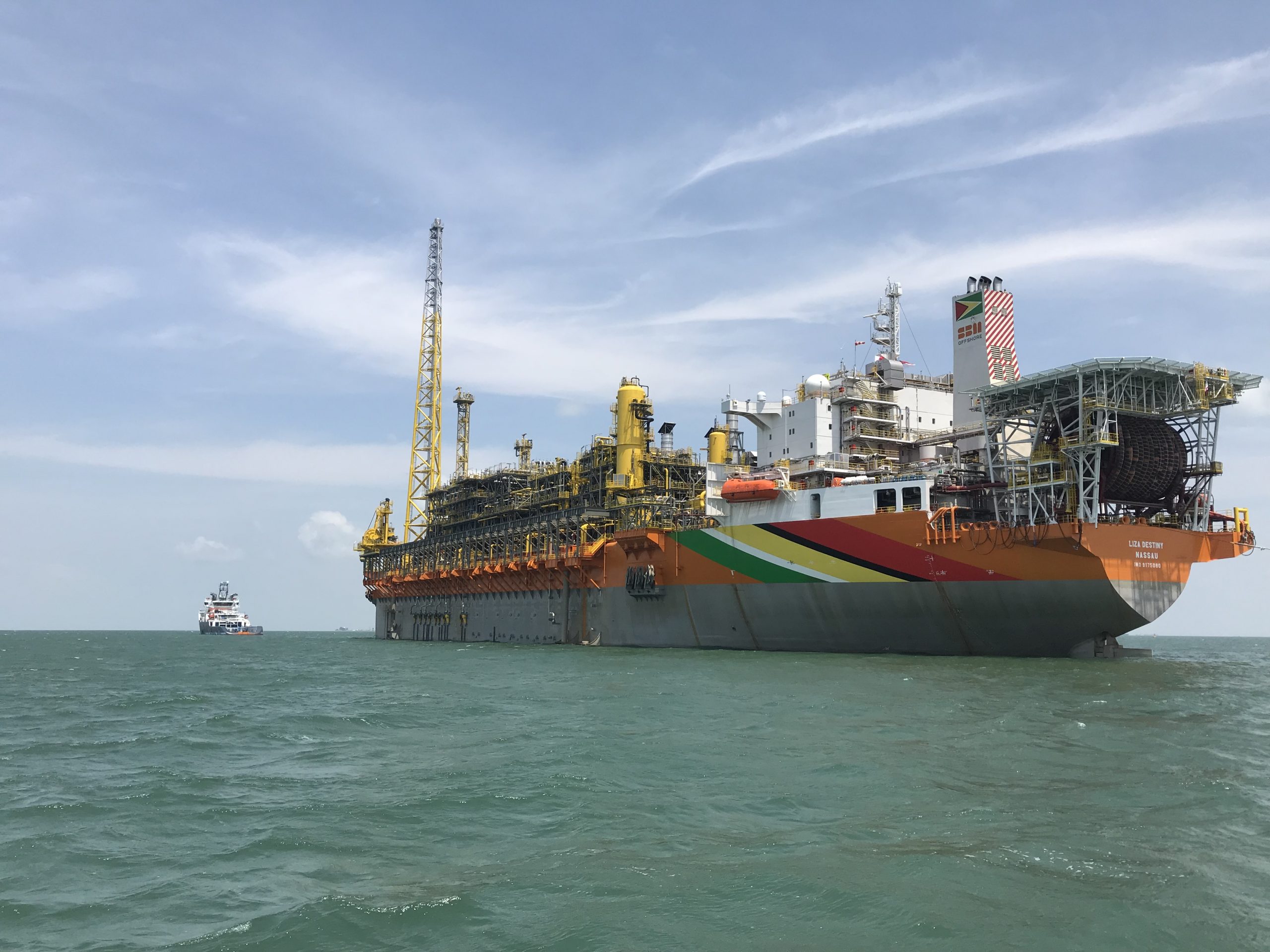 ExxonMobil Guyana celebrates the first year of offshore oil production of Liza field and says it has reached full capacity of 120,000 barrels per day.

ExxonMobil had been stunned by technical problems in reaching this target which saw a great deal of gas flares.

In a statement today, ExxonMobil said earlier this month that Liza Destiny’s floating production storage and unloading vessel (FPSO) has reached full capacity of 120,000 barrels of oil a day and is successfully commissioning the gas injection system.

The company started production less than five years after hydrocarbons were first discovered, in the Stabroek Block in May 2015 which said it was well ahead of the industry average for deepwater developments.

“We are extremely proud of our team’s tremendous work in overcoming the challenges of the past year and bringing us safely to where we are today,” said ExxonMobil Guyana President Alistair Routledge.

“This resilient group, made up of a growing number of Guyanese professionals, continues to persevere through the challenges of a pandemic and start-up COVID-19 to deliver a world-class project.”

The statement said more than six thousand personnel had been transferred offshore without a safety incident or a COVID-19 outbreak on the offshore facilities. Overall, the release said FPSO’s Liza Destiny team achieved a year and more than a million hours of work without a reportable security incident.

“ExxonMobil Guyana is committed to responsible development of the country’s natural resources and will not use normal torches during our operations,” said Routledge.

“We are disappointed with the number of equipment issues experienced and, due to these issues and COVID-19, commissioning the gas injection system took longer than originally anticipated. We took significant steps to limit torching and are incorporating lessons learned for future projects ”, he added.

Investment in the local economy continues to increase as Liza and Payara’s Phase Two projects progress. More than 2,100 Guyanese now support activities on and offshore, the statement said. He added that ExxonMobil and its key contractors have spent over $ 69 billion with more than 700 local companies since 2015.