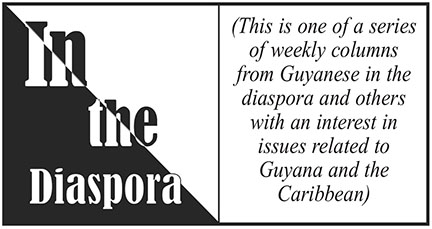 According to the Intergovernmental Panel on Climate Change (IPCC), oil and gas production must be reduced by about 20% by 2030 to prevent temperatures rising more than 1.5 degrees Celsius from their pre-industrial level. This is needed to help combat climate change and the resulting environmental disasters multiplying globally at a dangerous pace. Although some of the largest oil companies in the world have publicly acknowledged their commitment to combating climate change through environmental, social and governance principles, in practice they intend to continue pumping even more oil and gas , and proceed with business as usual. For example, in stark contrast to the IPCC’s demands, ExxonMobil plans to increase its oil and gas production by 25% in 2025. It is this continued commitment to increased oil production that has led ExxonMobil to its recent oil discoveries off the coast of Guyana in 2015. Exxon’s focus has been square on its financial line, with environmental concerns pushed off the agenda. It should therefore come as no surprise that the company did not go against its responsible investment principles to negotiate environmental permits that initially last 24 years, well beyond the 5 year term expected in standard practices globally. The recommended shorter duration for environmental permits is to ensure that companies have to re-apply for permits more frequently, holding them more accountable for their environmental impact more regularly, and aligning with best practice.

Although the length of Exxon environmental permits in Guyana has now been shortened to 5 years thanks to legal action and activist pressure from a local civil society, what is more worrying is that the Government of Guyana may have been involved in the kind of unfair and over the years. really compromise a deal in the first place. This raises serious questions about the overall architecture of the oil contracts signed with ExxonMobil, probably on behalf of the people of Guyana, and specifically about the government’s willingness and competence to engage with this great super in a way that benefits’ the whole country. For example, there have been reports that there has been no “single study” on the environmental risks of ExxonMobil’s planned production on Guyana’s marine life. This is why the people of Guyana should remain extremely vigilant about Exxon’s operations and the government’s role moving forward.

Oil production in Guyana began in December 2019, making the country one of the newest oil producers in the world. There are many lessons to be learned from other oil producers in the global south, especially as most of these oil-rich countries are said to be suffering from an “oil curse”, where oil discovery has led to worsening socio-economic conditions for their populations. For example, Nigeria – the largest and one of the oldest oil producers in Africa, with a staggering average production of over 2 million barrels of oil per day, has experienced higher levels of poverty, conflict, displacement and environmental degradation since its discovery oil. This is further compounded by the extremely harmful impact of fossil fuels on the environment, which asks whether countries should even be embarking on oil production in the first place. The short answer would be no, especially if we remember the urgent need to reduce carbon emissions and prevent rising temperatures. So what to make of largely negative experiences of oil-rich countries like Nigeria?

Weak government institutions, combined with a lack of political will and / or capacity, a lack of previous community consultations, and a lack of transparency, are often highlighted as the main culprits of “oil cursed” African countries. In this early stage of oil production in Guyana, learning from the lessons experienced elsewhere means that citizens should pay careful attention to these drivers of the oil curse, as a way to hold their government and Exxon in control. accountable for their actions and their impact on the welfare of the country.

First, paying attention to a lack of will and / or potential political ability is extremely important, to ensure that the government is not stuck in bad bargains that can last decades. In Guyana, the recent case of the revised environmental permits shows that local expertise and activism will continue to be vital to keeping government accountable to its people. Pushing the government toward building capacity that would address the information asymmetry often present in corporate-state negotiations in the global south is a decisive step that can be resolved, especially by calling on independent experts with experience in other sites for guidance.

Secondly, there should have been more systematic previous consultations with local communities about such huge levels of oil investment with such direct implications for the people and their environment. Oil exploration and production directly affect people’s access to land, water and forestry resources, as well as the high levels of carbon emissions that contribute to climate change. Citizens’ right to information, especially at the pre-extraction stage, is key to asserting their agency about how their natural resources should be used, and ultimately provides an additional layer of accountability for the types of deals that any government commits to them. The aim is for informed citizens who have accessed previous consultations in a meaningful and accessible way to hold their government to account, hopefully contributing to fairer deals and more sustainable outcomes, including the decision on whether they even consent to extraction of oil .

Third, the context around the original bargains between the Guyana government and Exxon grew such secrecy that the unfair result for the people of Guyana shocked concerned civil society actors. The lesson from other countries is that citizens should demand greater transparency in the governance of their oil resources, and in fact this should happen before production. While the oil sector is widely known for its secrecy, the last two decades have seen global calls for greater transparency in the extractive industries. Since 2017, Guyana has officially joined the global governance initiative known as the Extractive Industries Transparency Initiative (EITI) as a candidate country. The EITI seeks to foster transparency in the governance of oil, gas and mineral resources worldwide. Although the initiative’s earlier focus was on revenue transparency, it has since expanded to encompass the entire value chain of the extraction process, including contract transparency and transparency of spending. Guyana has not yet been fully assessed against the EITI Standard (to check compliance), but has reported in 2017, and the process is underway. It will be worth following the participation of EITI Guyana very closely, especially as the EITI Standard 2019, the latest EITI Standard, contains environmental disclosures – which was not the case with previous EITI Standards. It will be important not to displace socio-economic and environmental dimensions when considering the impact of oil in the country, and in identifying mechanisms for holding government and the oil company to account. As a global southern country, understanding that achieving development is not just about achieving economic growth and instead necessarily involving environmental protection, is the only way to move forward sustainably.