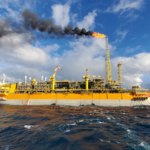 Aieteur News – Yesterday the World Wildlife Fund (WWF) joined forces with criticism of ExxonMobil’s ongoing gas blazing offshore Guyana, calling for the company to be held accountable. It specifically advocates for Guyana’s future offshore development activities of Guyana, with a view to expanding current production, to be reviewed in the wake of the ongoing torching. The international non-governmental conservation organization (NGO) has taken the view that ExxonMobil cannot be allowed to get off Scott freely after its ongoing gas blazing offshore Guyana.
First oil at Stage One Liza – ExxonMobil’s first oil development – was achieved in December 2019, and has reported persistent problems with its faulty gas compression equipment, leading to torches through almost all of 2020. After reporting its installation late last month. , ExxonMobil briefly achieved pilot flare – a minimum amount of torch necessary to maintain safe operation. However, ExxonMobil experienced issues on at least two occasions in January.
The second case has not yet been corrected, and has resulted in continuous torching for at least three days so far.
The WWF stated that it “notes with deep and growing concern that Guyana Ltd’s Esso Exploration and Production. (EEPGL) ”- a local subsidiary of Exxon -“ has resumed gas torching on its first Oil and Gas Platform in the Stabroek Block, off the coast of Guyana. ”
Kaieteur News asked ExxonMobil Guyana’s Government and Public Affairs Adviser, Janelle Persaud, on Friday night to identify the amount of gas being flamed. He did not respond directly to the question but indicated that he would provide an update on the matter at a later date.
WWF said it was notable that the company is reported to have been late to update Guyana on the blaze issue. Conservationist Annette Arjoon, in a post on Facebook yesterday, revealed that ExxonMobil waited at least a day to report to the public that it was flaring gas at the Liza Destiny Float Production, Storage and Unloading (FPSO) ship. Arjoon posted a photo that she said was taken on January 28, 2021 – the day before ExxonMobil Guyana told the Guyanese public about the matter.
“EEPGL undermines Guyana’s” green image “, making it more difficult for the country to promote and build a sustainable, low carbon economy.” The WWF said. “The lack of, and limited disclosure of, information gives no confidence that the company will take seriously its responsibility for good corporate citizens in a country known for its climate mitigation efforts.”
WWF-Guianas Director David Singh said “The burden of responsibility falls squarely on ExxonMobil. We look forward to seeing the Company accountable for this development. “
WWF added that restarting torches denies the company’s global commitment to reduce torching from 2016 levels by 20 percent in 2020, and that it “certainly does not” support its global statements to reduce its greenhouse gas footprint. ExxonMobil had said last month that it would pursue a 35 to 45 per cent reduction in torching intensity across its global operations by 2025, and would align its operations with the World Bank’s initiative to eradicate normal torching by 2030.
Kaieteur News revealed last November, how ExxonMobil’s gas torching at the Liza Destiny has made Guyana one of the top five torching countries in the world per capita. The company has blazed more than 12 billion cubic feet of gas since it started production at the Liza Destiny. Yet the company has approval for two offshore developments, both larger than the current flame, to take effect in 2022 and 2024. It also plans to approach government later this year to get approval for a fourth development.