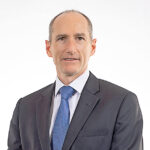 Kaieteur News – According to the Production Sharing Agreement (PSA) Guyana signed with ExxonMobil in 2016, the Minister in charge of the oil sector has only two years to examine the expenses that U.S. superiors paid at the end of each financial year. That is, the Minister has only until 2017 to examine the company’s expenses incurred in 2015. The officer would also have to pay the bill for all costs associated with that audit .
Apart from the relatively short deadline to carry out this assessment, the International Monetary Fund (IMF) has highlighted the need for Guyana to complete these audits in a timely manner as its failure to do so would leave the country having to accept the company’s costs as reported. .
The IMF also pointed out that Guyana’s Finance Authority (GRA) is Guyana’s only other audit power. As such, the tax body has only the power to raise an assessment for Corporate Income Tax (CIT) (paid out of the government’s share of profit oil), or additional tax, within seven years after the year end assessment. .
In light of Guyana’s failure to establish a Local Content Committee to review costs borne by Exxon, it would have to accept as true, whatever expenses the company incurred for the years, 2015 to 2018. ExxonMobil had say it spent US $ 1.7M in 2015, US $ 11.5M in 2016, US $ 23.8M in 2017, and US $ 58M in 2018. In total, this would be US $ 95M or $ 20B.
Since ExxonMobil began operating in 2015, the company has refrained from scrutinizing its local content reports, which would reveal how seriously it takes capacity building.
As for the local businesses, which it has used for the first half of the year, ExxonMobil said more than 600 Guyanese suppliers are used for services.
These “services” included the procurement of “food stuff” and “engineering” work. Again, the company provided no analysis of company names it used for the first half of 2020. ExxonMobil only ever released the list of companies it claimed to have used for its local content efforts back in June 2018.
The company claimed to have used over 300 Guyanese registered companies to supply services.
In response to calls for such evidence, a list was provided. Upon examination, however, it was discovered that ExxonMobil had padded its list with place names such as Bourda Market, Haags Bosch Dumpsite, Royal Castle, Bounty Supermarket, Metro Office and Computer Supplies, Star Party Rentals, and the Rotary Shanta Store. He also listed utility companies such as the Guyana Power and Light and the Guyana Finance Authority as part of his local involvement efforts.
Individuals were also listed as registered companies. They included: Sonia Noel, Chontelle Sewett, Andron Alphonso and Mokesh Daby.
As part of one of its releases earlier this year, ExxonMobil claimed that the Local Business Development Center, located on South Road, has continued to support local businesses that have transitioned to virtual courses.
However, no evidence or report of any kind was provided to confirm this. In addition, ExxonMobil said the center is continuing to mentor 10 Guyanese companies in the process to comply with the ISO 9001 quality management system. Those names have not been released.