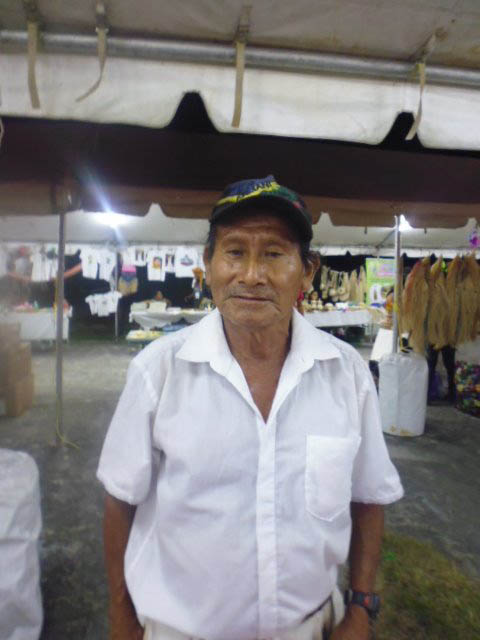 Speaking to The Scene, Tancredo’s grandson, Darius Joseph, explained that around 1pm on that terrible Friday, his grandfather was on his farm with his wife when a tree fell on him. Joseph, who is currently in the city, couldn’t say for sure how the tree fell.

Tancredo was evacuated from the scene of the accident by a nephew. He died before he could be transported to hospital and was buried the next day. He was 74 years old.

In 2017, when The Scene spoke to Tancredo at the rodeo in Lethem, he was sitting at a table crafting his pieces of the balata. The almost empty space around his table quickly filled with interesting visitors observing how he made his pieces. Many went away with one of his variety of balata animals, balata couple or balata farmer.

Tancredo, a self-taught artist, who was 70 at the time he was interviewed, had shared about going to balata craft when he started teaching at Nappi Primary School at the age of 18.

He made his first piece, a palm tree, which won an award at an exhibition in St Ignatius, Lethem. His victory led him to venture into ballad art.

Since his passing, fans all over Guyana and abroad have posted warm tributes about the skill of the late artist, his sense of humor, and his generosity. Many shared about being gifted some of his ballads instead of paying for them. His talent and kindness touched many lives.

“He was always a funny person and always kind,” Joseph said of his grandfather.