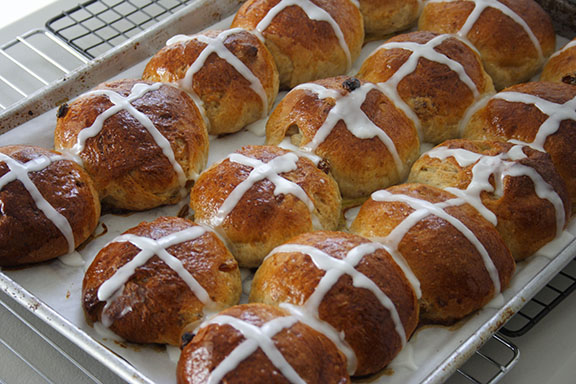 When I was a child, the Lent and Easter seasons were considered the worst of times and the best of times. When you are an adult, they can only be seen as the best. For an adult, Lent can offer reflection and hindsight, an opportunity to change for the better, while Easter can mark new beginnings. Decisions.

Growing up, Lent for my siblings and I, meant deprivation and being completely subject to our mother’s will. We thought it was the worst of times. Lent was filled for us with a presence at church services on Friday, when we would rather be doing fun things. It meant Wednesdays and Fridays without meat and when it felt like it, there would be fish on some Fridays. Because the mother would refrain from sweets during Lent, it automatically meant that we as children would also be deprived of her cakes, coconut buns, cassava pone and mauby. It was the worst of times, I’ll tell you.

Holy Thursday would arrive with a sporadic evening church service. As we read ourselves, the sweet smell of cinnamon, cloves and nutmeg told us that Cross Buns were freshly made that we were expected to have for breakfast the next morning. At the end of the Holy Thursday service, my mother insisted that even if we were to go home after the service, we would return some time in the evening to “keep watch” at the altar of the Blessed Sacrament.

During the vigil, we girls – my sister and friends – would notice how happy and content the altar boys seemed to be, while we were tired and sleepy. My brother, who was

an altar boy would later reveal to us the “secret” to his “happiness”.

Because the Holy Thursday vigil would be long, sometimes extending just after midnight, the altar boys worked in pairs as they took turns kneeling at the altar and kept watch with the rest of us. The rest of them would be gathered in the dark, outside the church, laughing, talking and filling their bells with Chinese food they had bought from the restaurant not too far to away from the Church (the restaurant was somewhere before Arapaima, Qik Serv). How we envied them. When they had their fill of food and drink, they dressed in their tailor-made white gowns, decorated with shaped sash windows that sat neatly just off their center. With respectfully clasped hands, they would take their positions and kneel. How innocent they looked.

Good Friday morning meant a meal of crucibles, cheese, jam or butter with tea. I found the whole ho-hum, but you know what, I ate it because I knew my next meal would not be until later in the evening after returning from long 3 hour service at church. My mother fasted Good Friday and that meant we had to fast too. Water

was the only thing we drank. While mom started off fast at 6 am, ours started after breakfast. And guess what would be on the menu for the evening meal? Either an all vegetarian dish or something with fish. Back then, I saw it as the worst of times. All my siblings still thought it was, just a day before life returned to normal. And we knew it would return well because we heard about all the plans for the Easter Sunday feast! And best of all, we could busy ourselves helping my Uncle and cousins ​​give our kites the finishing touches!

We were always getting new costumes for Easter. Mum presented us with chocolate Easter eggs. We could run and play. It was like Christmas. It was the best of times!

Our family always went to the service of Easter Saturday Night Church; this meant we had to sleep in on Sunday mornings. While the children were out scrubbing their kites and taking them out for a test flight before the afternoon break in the barrage, the adults were busy preparing so many different dishes that two dining tables needed to be joined. Sheep meat was the focus of the meal, whether it was lamb (young sheep meat) or mutton (older sheep meat). Roast pork and chicken would be there too. Pies – savory and sweet, Mexican (Spanish) salads and rice as well as the ubiquitous platter of fried rice.

While many families packed picnic baskets and headed to the park or breakwater, ours never did. We always had the big family meal at home and then went out in the afternoon to fly our kites. As a child I was amazed at how something so simple – wood and colored paper glued together, with a tail of fabric attached – could rise to such heights. There is a burst of delight that truly expresses the feeling of wonder, one that comes from a child.

The seasons. Lent and Easter. Fasting and Feasting. Times to cherish, forever.