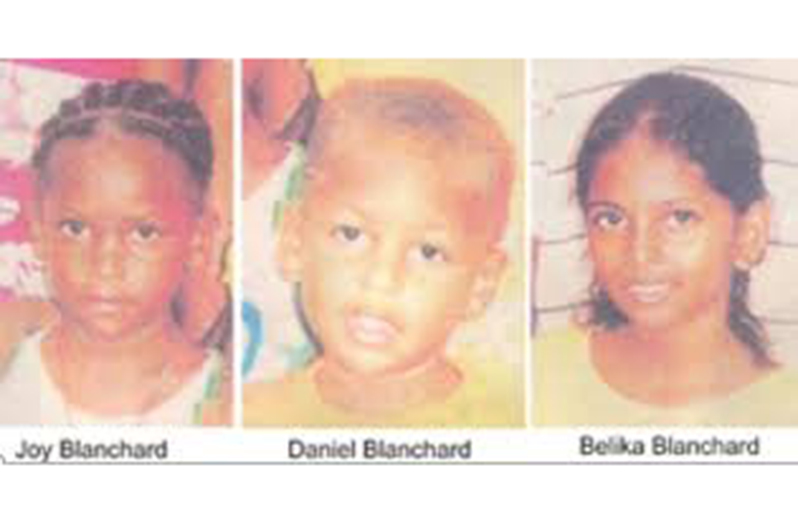 The Court of Appeal on Monday upheld John Blanchard’s life sentence, which he admitted hacked his three children to death.
Blanchard, in 2016, was sentenced by Judge Jo-Ann Barlow in the Demerara High Court, after he chose to plead guilty to the lesser manslaughter count.
He admitted that on October 11, 2011, in Dr. Charles Sand Road, Soesdyke, Demerara East Bank, for killing the children – six-year-old Joy, four-year-old Daniel and 10-year-old Belika Blanchard.

On October 11, 2011, Blanchard was remanded in custody following the death of the children. Belika and Daniel died almost instantly, while Joy surrendered a day later at the Georgetown Public Hospital Corporation where she was receiving treatment.
The family lived at the location where the murders took place, and, according to reports, at the time of the incident, the children’s mother had left for inside to seek improvement.

Judge Barlow noted that Blanchard must serve 30 years before he could be eligible for parole.
Blanchard had moved to the Court of Appeal arguing that the sentence was clearly excessive and severe in all the circumstances of the case.
The appeal was heard by the acting Chancellor, Yonette Cummings-Edwards and Appeal Justices, Dawn Gregory and Brassington Reynolds. The State was represented by the prosecutor, Natasha Bakker while Blanchard was represented by Attorney-in-law, Mark Conway.
The Chancellor rejected arguments made on behalf of the conviction and said the court did not find the erroneous judge in sentencing. In that regard, the court dismissed Blanchard’s appeal.