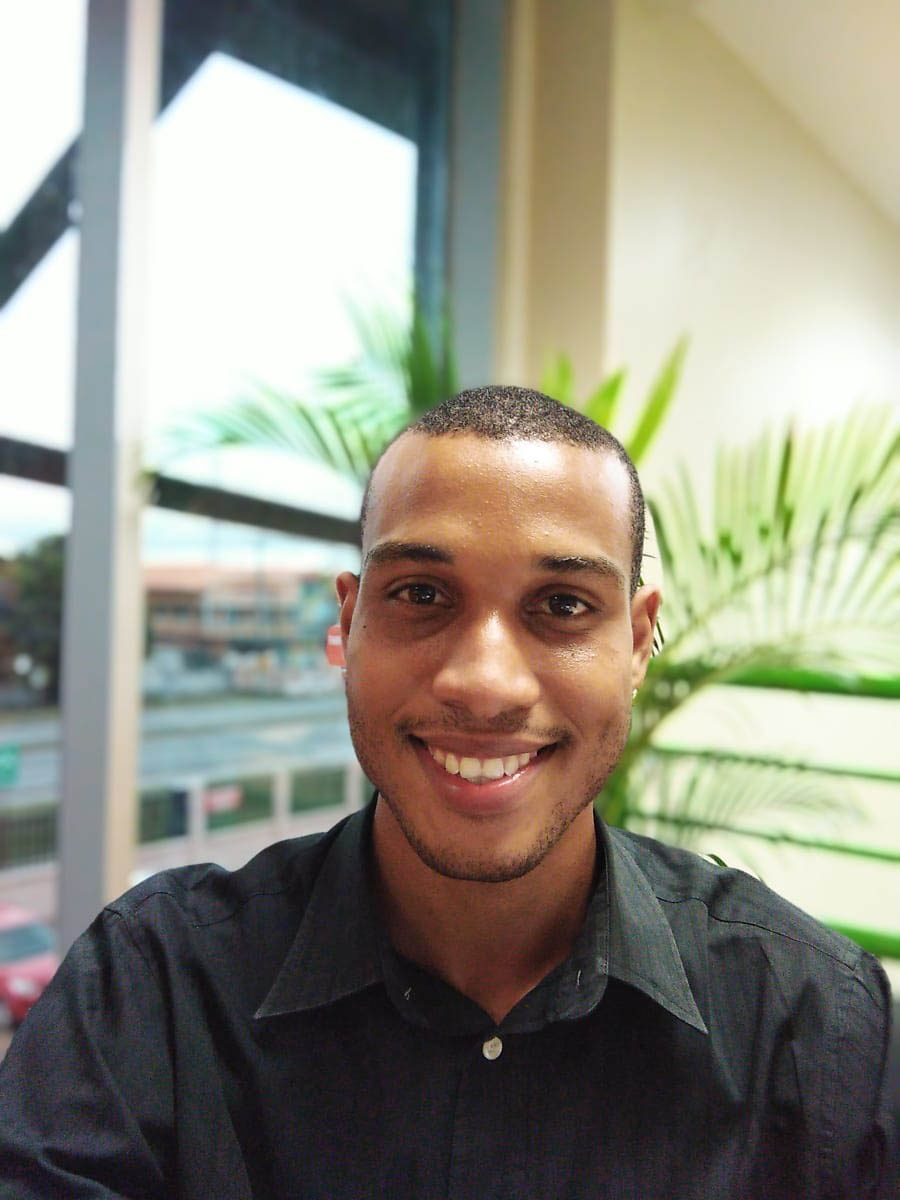 “To be measured against a standard that bears the name of a literary giant like Edgar Mittelholzer is terrifying. So, winning the award that bears his name is like getting a small mark of recognition from him. In short, its own brand of happiness and fulfillment, ”said Daryll Andrew Goodchild, whose short story ‘Lucky Stars’ recently won the Edgar Mittelholzer Award in the Guyana Annual Competition Open Short Story Category.

Daryll also went into another short story, ‘Thrown in the River’, which was shortlisted.

Speaking of ‘Lucky Stars’ and the amount of time and effort spent on it, Daryll laughed as he admitted that writers are excellent procrastinators, and it’s no different. In fact, the story was completed just days before the competition deadline. He said he forced himself to write the story from one night to the next.

Daryll’s writing goes back to when he was nine years old. Writing is his best expression and he fondly remembered complaining to his parents about a sibling by letter. He laughed as he remembered it was 15 years ago even though it seemed longer. At 23, however, he believes his life has just begun.

Daryll, the youngest of seven children, recorded his thoughts and experiences from a young age in journals. “Every now and again, I go back to them, cringe at my care at 12, and shake my head at my 15-year-old angst… It’s entertainment for me. Reassuring me on rainy days, ”he reflected.

His writing also extends to poetry. Daryll has written classical and spoken word poetry among other forms. To date, he has penned more than 30 poems, but he said many of them will never be seen by the public when he writes them for himself. In short stories, in his designated writing corner, he has boxes of content, as well as his laptop.

To date, he has published the short story ‘Crassin De River’; poems, ‘We The Invisible Poor’, ‘An Undocumented Police Report’, ‘New Growth’, ‘Not About Me’, and ‘The Voice Of Comfort’; and prose, ‘Tickets to the Board’, ‘De Bus Driva’, ‘Cul-cha Day’, ‘Yuh Waan to Crass de Riva?’ and ‘Care Tactics’. He also wrote ‘Old Mr Greaves’ which saw him win the AJ Seymour prize at last year’s Guyana Annual. Daryll also mentioned ‘Crekateh’, which he said was dear to him.

His talent in his opinion comes from his mother or father, or both. He said they both share his passion for writing. At one time Daryll’s mother was employed with the Guyana Annual. A former student of St Stanislaus College, Daryll’s favorite subjects were English Language and English Literature. He loved Social Studies too.

While he loves to write, Daryll noted that Guyana has not progressed to a point where writers are supported and able to earn a favorable income. So, for now, it’s a hobby. He hopes to one day be able to support his living expenses by writing.

Daryll, who currently works in human resources, shared that he never had as a boy, just one dream job, joking that his aspirations had changed with the tropical weather. Even now, he doesn’t know for sure what his intended career is, but he doesn’t worry too much about it. At one point, he wanted to be a veterinarian. However, because he never had the stomach for blood and the other messy things that came with being a vet, he settled for having pets instead. He has a dog named Jessie and a cat called Tigger.

“I don’t want to be Debbie Downer,” he told The Scene, “but sometimes writing can be a lonely affair. It is up to you to decide if you are writing to make sure you are not writing alone. You can read to fill in the silence opposite you, or you can call up other writers. Yes, they do exist. No, you’re not the only one. Another challenge is not having a good feedback loop. If you are planning to write for others to see, you need a sandbox where you can fall and fail without getting hurt too badly. A good feedback loop is sometimes difficult when your family and friends are not interested in literature or have no experience of reading or writing to advise you on your pieces. “

Writing can also be a blessing. Daryll explained that he has a fast and witty tongue misfortune, which can sometimes lead to trouble. As such, writing he notes is more deliberate and thoughtful and requires closer attention to the words he uses, in order to understand the impact they will have and to figure out whether what he writes is also his true intent. Writing helps eliminate the reckless speech he would have used and allows him more control over his words.

Authors are readers above all and as such Daryll has a few beloved books and authors, though he says he has no true favorites. Among Caribbean writers, he likes the work of Imam Baksh. For the classics, he loves Edgar Mittelholzer’s Corentyne Thunder. “… Overall, I consider the work of Khaled Hosseini, a writer from Afghanistan to be one of my favorites. [He is] known for Kite Runner, but I liked it for A Thousand Splendid Suns [as well as] And the Mountains echo. ”

Why is he writing? Daryll responded, “Why does a painter pick up a brush? Why does a Chef Trend a Flame? Whether for artistic reasons or the absolute necessity of the act, for a chef to never go hungry, they both write for me. And it’s part of who I am and has chosen to be active. ”

A more progressive system for writers here, he believes, would see the installation of a local publishing house where editing, publishing and marketing services are offered. Apart from that, it would also be great to have a panel in Guyana where work can be submitted for review so that they can get the green light for a regional press, it was enthusiastic.

Daryll currently holds a Diploma in Communication Studies from the University of Guyana. He is also a regular entrant in the Commonwealth Writers Short Story Prize Competition.

He is working on a personal blog where a snapshot of his past work will be available.

His book, Crassin De River is currently on sale and can be purchased from him. He can be contacted on Instagram @daryllgoodchild or by email: [email protected]

Usually during the week, he would have to stay home and look after the baby, but today, only today, he could escape with pockets rustling with coins to wider horizons.

The yard and wooden shoulder on stilts appear to be designed to break Sonny’s spirits, so he searched for “higher, more stable” land on the cracked pavements of Dream Street in the lowlands. Once there, the noise of cars passing and evacuations evacuating terrible clouds of smoke created music with chirpy tunes, a ‘Play the dream’ beat, and ‘Money in yuh’s pocket’. Here he adopted his betting man style and swagger, which he was. At least, as long as the carefully calculated coins are in bags of two hundred dollars each, it lasts. When his steps were no longer making incompatible music, he went home, anxious and a little more broken.

“Stap yuh daydreaming a go fine wuk fuh do,” his wife whispered with her hands on her hips. Lila had sounded ever since he met her in tiny clothes. She had been called dirty and lazy for most of her life; stopped calling for him at all as they attended high school, then again gave him his undivided attention, mothering him after all these years. Lila had a philosophy in life, ‘dirty rag gon tek wash, but clean one tear guh’. He, she had decided, was his dirty rag, and that accounted for something.