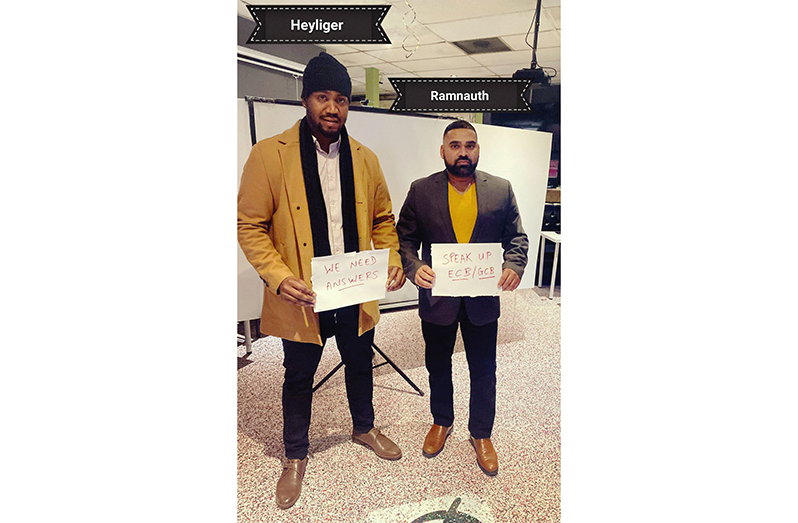 OLD youth cricketers Devon Ramnauth and Dilon Heyliger feel that Essequibo cricket has changed briefly and hopes that the current county board can answer some of their questions as they relate to current and future plans in place.
The criticism stemmed from the fact that the board did not object, at least not publicly, to the absence of Essequibians in the national team for the Super50 Regional competition, set for Feb. 7-27 in Antigua.
The pair, both living in Canada, but from South Essequibo, have started an online protest and hope that the system, or at least the method, could change going forward.
“So basically we’re calling the Essequibo Cricket Board (ECB) for answers on not choosing the Essequibians. We want to hear from them directly. We need answers as to why none of the ECB represents our players, ”Ramnauth told Chronicle Sport.

The concerns from the former players are just one of many voiced by Guyanese fans over the past week.
Former ECB president Sheik Ahmad had told the press that the selectors had ignored talent in their decision.
“This nonsense must end… the favor must end. This has been going on for over four decades now and it has to stop, ”Ahmad had told Chronicle Sport.
Ahmad and Ramnauth also feel that Essequibo has enough talent to deserve inclusion.
“Antony Adams, Ricardo Adams and Kemol Savory all did well and they have proven experience and success in the franchise and tournament,” the former Essequibian cricketer declared.

Ramnauth, who organizes Development Youth Cricket League in Region Two, also noted that the county’s geography makes it difficult to focus on cricket that has worked against many players in the past.
He said the lack of representation at the national level not only affected current players, but potential young cricketers, who may lose interest in their dreams.
“Essequibo needs a rebranding of cricket and has to start from the top. The board is chosen to represent the interest of county players, and must always lead with that objective in mind. ”
The pair aim to continue to voice their concerns on social media until change occurs and Essequibians are given fair opportunities in their choice.