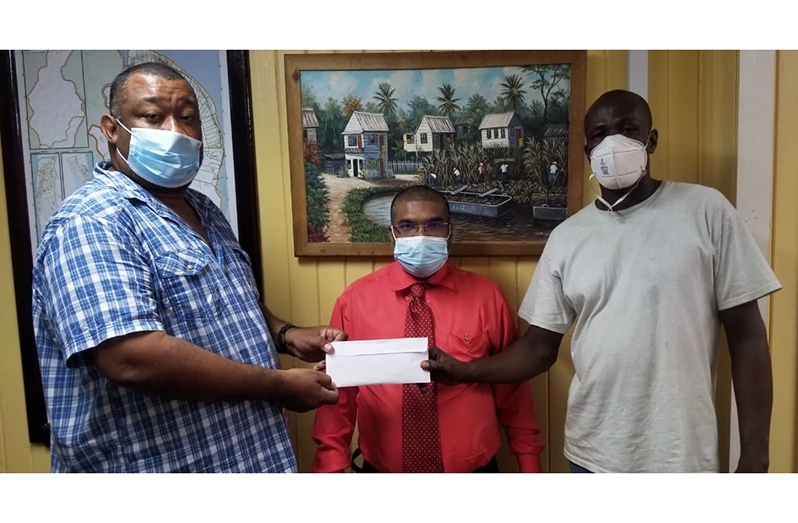 THE Berbice River Sub-Association will be hosting a 40-Overs tournament for teams throughout the Ancient County, with the French Electrical Company hopping as the main sponsor.

“When I became president of the Berbice Cricket Board in 2018, I promised that no subsidiary society would be left behind even if they didn’t vote for me. For years, the Berbice River Subsidiary has been viewed as a four-vote provider to some people.

“That is no longer the case as they are now treated equally with the other sub-areas in Berbice”. Such were the words of Berbice Cricket Board (BCB) president Hilbert Foster as he launched another cricket tournament for the teams in the Berbice River Sub-Association.

Mr Uborn France, Managing Director of the French Electrical and Construction Company has joined forces to sponsor the tournament, which would be played using the 40 overs format.

At least four teams are expected to play under BCB COVID-19 regulations and the top two teams would then travel to a coastal location for the finals, possibly at the historic Albion Ground Sports Complex. The teams expected to play in the tournament are Ebini, Wiruni, Sandhills and others.

Foster revealed that over the last three years BCB has organized several tournaments for the subsidiary and they have all been very successful while teams in the areas have benefited from numerous donations of items including cricket equipment, cricket balls , sticks, educational materials, water supplies, school bags, trophies and medals.

BCB also donated $ 120 000 worth of colored uniforms to the subsidiary under the Clayton Lambert Gear Project. Foster also revealed that the Berbice River cricket team would for the first time ever participate in a BCB first division tournament, when they play in the historic semi-professional league, scheduled for August.

A great effort would also be made to send coaches in the area to run a small cricket academy in the area. BCB expressed confidence that the quality of the game in the river area would lead to players who would go on to play for the county and even higher.

The BCB committed to organizing at least two tournaments in 2021 but warned that teams would have to follow all COVID-19 guidelines.

He also reached out to Mr Navindra Persaud, Regional Executive Officer of Region 6 for his cooperation and support for Berbice cricket.

France stated, in brief comments, that he admired the excellent work of the Nutrition-led BCB and was delighted to join the vast array of people who come on board to assist.