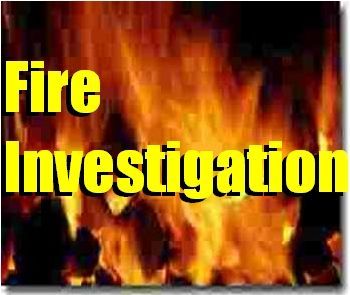 One of the truck drivers, 40-year-old Zahir Villa, was burned into his hands. Mr. Villa, in an attempt to save one of the motor lorry, jumped in the cab and attempted to turn off the vehicle and receive burn injuries to his hand; he was rushed to Leonora Cottage Hospital by citizens of public spirit, Guyana Police said in a statement.

Investigators say they were told that around 9 AM, the trucks parked at the Parika-Salem First Koker were leaking fuel. Recording to one of the truck drivers – Stewartville’s 38-year-old Dean of Ramsharan, Demerara West Coast, left the vehicle that went about 25 feet away and upon returning, he saw smoke coming from behind his cabin area and it quickly exploded into a huge fire spreading to the other motor truck.

The fire was subsequently extinguished by firefighters.