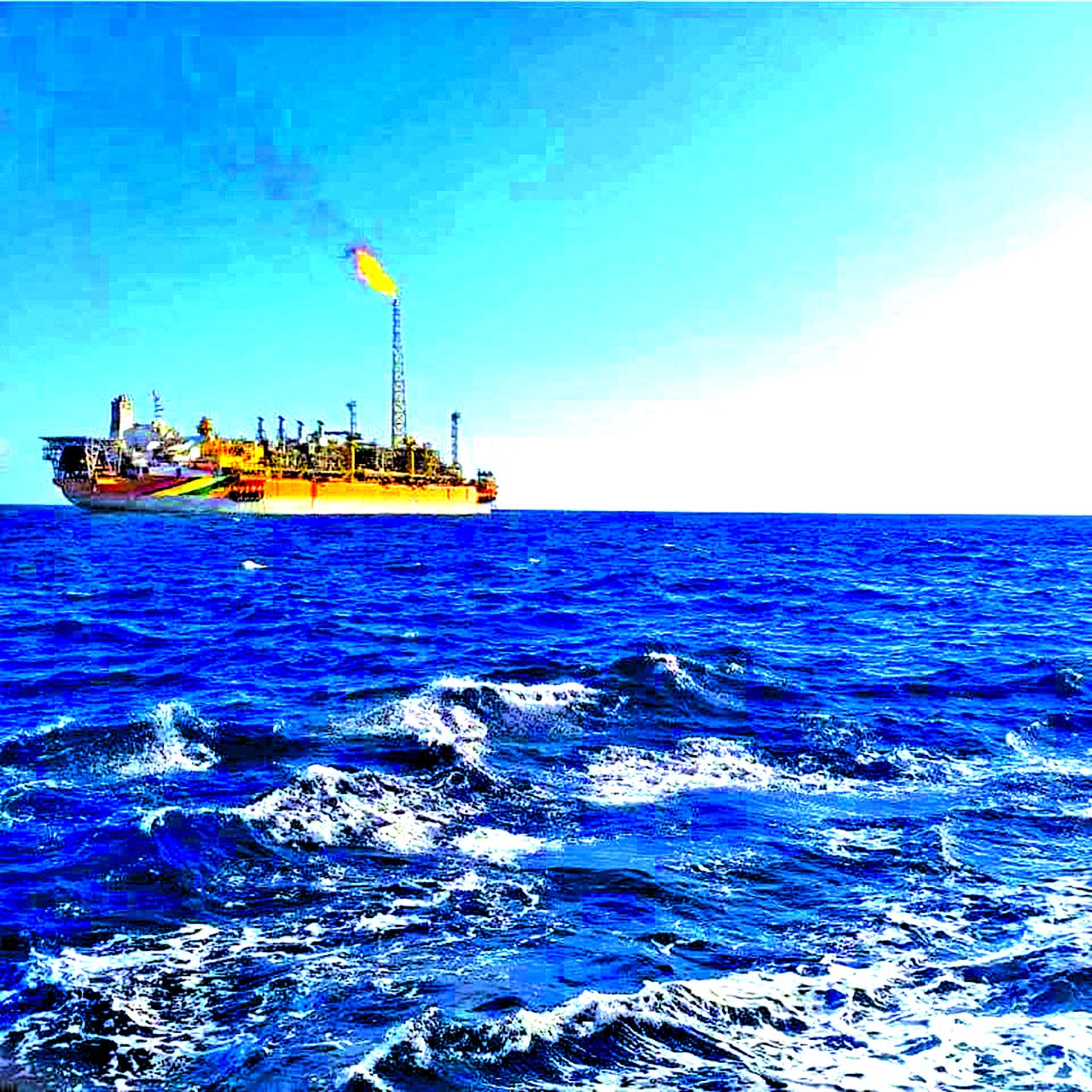 “As a result of this unfortunate incident we have had to temporarily increase our flare over pilot levels in order to maintain safe operations,” the miser noted.
According to ExxonMobil Guyana President Alistair Routledge, efforts are underway to resolve this issue as soon as possible.
“We are disappointed that this unexpected issue has happened and we are working diligently with the shipowner and equipment dealer to understand and repair the issue as soon as possible,” Routledge stated in the brief statement.
Exxon further noted that the relevant Government authorities have been informed and are providing regular updates on the matter.
Just less than a year ago, the oil giant came under heavy fire for its torching activities, which are having negative impacts on the environment and which have got environmentalists up in arms over the damaging exercise.
In fact, in recent days, local environmentalist Annette Arjoon has been vocal on social media about the oil major restarting heavy blazing offshore.
In a series of posts, he said, “the huge and negative torch of 14 bln cu ft of gas for 365 days by Exxon … This photo was taken on 13th January and shows a torch on the Liza 1. My understanding was that the faulty A gas compressor that took almost a year to install was finally resolved in late 2020 and the torch would be over. I would appreciate an explanation. ”
In response to last year’s torch that lasted more than a year, ExxonMobil cut back on oil production in an effort to reduce torches after the fuel injection system was commissioned. He subsequently commissioned a gas injection system to break out a torch.
Back in December on the oil company’s first anniversary since production began in 2019, Routledge had expressed disappointment at the equipment issues they had experienced and had ensured that a normal torch would not be used.
“ExxonMobil Guyana is committed to responsible development of the country’s natural resources and will not use normal torches during our operations,” Routledge explained in the statement.
“We are disappointed with the number of equipment issues experienced and, due to these issues and COVID-19, commissioning the gas injection system took longer than originally anticipated. We took significant steps to limit torching and are incorporating lessons learned for future projects. ”
Nevertheless, the PPP / C Government has made its stance bellucid on routine torching and in the Payara Development License, suspended the activity unless approved by the Environmental Protection Agency (EPA).
“Torching is not allowed to maintain oil production. Guyana’s Esso Exploration and Production Limited (EEPGL) will pay the Government for the cost of wasted gas during a torch and will also be subject to fines under the EPA related to torch emissions, ”the Ministry of Natural Resources has noted back in October. EEPGL is Exxon’s local liaison, which along with other partners operates in the Stabroek Block.
Vice President Bharrat Jagdeo, meanwhile, had pointed out that while some have argued that Exxon has a place for gas sprinting during its inception, that wiggle room does not exceed 60 days.
He explained that, after those 60 days, Exxon can face fines from the EPA for torching that does not come under special circumstances. According to Jagdeo, this is a huge improvement from Lisa’s Production License granted to Exxon by the former APNU / AFC Government, where routine torching was not prohibited.
“In the last license, a blaze was allowed because there was no ban. In this license, torching is prohibited and there is a fine. Because you can’t enforce a ban unless you have a fine, ”Jagdeo explained.
“The fine will have two components. One, by the EPA that will do it based on carbon pricing and pollution. And that needs to be put in place soon, a license fine system. And the second component is the part we insisted on, on gas consumption. We are entitled to half that gas, ”he said further.
Jagdeo had stated that as such, if Exxon flashes gas and is at fault for doing so, they will have to pay Guyana a fine for the exhaust. (G8)