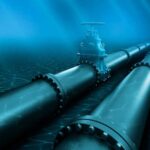 Gas to shore project, another cash cow for ExxonMobil

Kaieteur News – On the surface, the proposed gas-to-shore project appears to be one of the solutions to Guyana’s energy supply woes, but once that cover is removed, the true face of the venture will be revealed. It’s nothing more than another cash cow for ExxonMobil and its partners, Hess Corporation and CNOOC / NEXEN. The true similarity and image of the project is readily gleaned from the terms of the Stabroek Block Production Sharing Agreement.
The provisions under Article 12 of the contract state that “all costs and expenses incurred by the Contractor in the production, use and / or disposal of an oil field Associated Gas as set out under Article 12.1 and those incurred incurred in carrying out any feasibility study The cost of developing the oilfield on using the Associated Gas will be charged excess and will be recoverable contract costs. “
It goes on to state that all costs incurred by the government for infrastructure and associated excess gas handling not included in the development plan will be on government risk and cost only and will not affect the amount of oil and gas costs. profit oil owed to the contractor.
Preliminary reports made by the previous administration on the feasibility of bringing gas to shore from the Liza Phase One Project identified that an offshore pipeline is estimated to cost between US $ 165 million and US $ 270 million to build, in depending on the size and location of the landing site. In terms of compression and separation of Liquefied Petroleum Gas, this is estimated to cost between US $ 43 million and US $ 114 million. Finally, the distribution of natural gas to the various electricity generating locations is estimated to cost between US $ 95 million and US $ 127 million depending on the chosen landing site.
Guyana is expected to cover the costs for the infrastructure of onshore facilities while ExxonMobil would take care of the offshore aspect of the project but all costs would be recoverable based on the terms of the Stabroek Block PSA. Guyana would also have to pay ExxonMobil for transporting the gas, but that price is still being worked out between the oil giant and the PPP / C Government. Specifically in October last year, it was The government has said it is negotiating the price for the gas that would power a 300MW power station. It has also said that its dedicated task force on the issue will “decide whether we will enter into a private / public partnership (PPP) or build, own, operate and transfer (BOOT), or whether the government will fully funded. ” Once the price is settled, ExxonMobil will not only be able to recover all the costs incurred in realizing the project, but will have another cash cow on its hands.
A few weeks ago, the Vice President, Dr. Bharrat Jagdeo has said that the government has decided to land the gas project in Wales, Demerara West Bank, but is still releasing the relevant environmental studies, which support that option. .
It should be noted that previous studies, commissioned by the Coalition administration, did not list Wales as one of the most cost-effective options for landing the project that would bring gas from the Liza Phase One Project for 20 years.
In fact, the previous regime had engaged with the advisory group, Energy Narrative, in 2017, to conduct a desk study on the options, cost, economics, impacts, and key considerations of transporting and using natural gas from Guyana by sea to generate electricity .
According to the report, there were three sites under discussion for landing the proposed pipeline. With regard to the first option being Georgetown, the report stated that this location was being considered due to the location of the Sophia Guyana Power Light (GPL) substation (and the proposed Sophia New substation as identified in the 2016 GPL Expansion Study). The second option, Clonbrook, was being considered as it was east of the main city along the Atlantic coast. It was being considered as an alternative to Georgetown, as it is less busy and has more room for development. The location is also estimated to be near the Columbia substation. The third option was New Amsterdam, due to its location along the Berbice River and the potential to develop a new industrial site and deep water port to support new energy-intensive industries. Its location is estimated to be near Canefield substation.
Following its cost analysis, the Clonbrook landing site was considered the most optimal landing site for the standard 30 million cubic feet per day (MMcfd) pipeline. The document said this option would cost US $ 304 million, including US $ 165 for the offshore pipeline, US $ 43.5 million for an onshore compressor and separation plant, and US $ 95.4 million for pipelines onshore to bring natural gas to power stations at Vreed-en -Hoop, Kingston, Garden of Eden, and Canefield.
Based on the sites it reviewed, it was found that the Clonbrook landing site resulted in the lowest overall cost of natural gas.