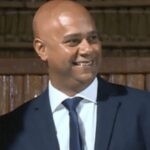 Kaieteur News – While its agenda for 2021 will focus on ensuring Guyana has Local Content Legislation, the Georgetown Chamber of Commerce and Industry (GCCI) said it would also seek to gather international support so that its members can be more prepared to benefit from the oil sector and the country’s nascent gas.

This post was endorsed by newly elected GCCI President Timothy Tucker.
He made these comments during his recent participation in a discussion on Guyana’s Local Content, Business and Development. That engagement was conducted by Globespan 24 × 7, an online discussion outfit.
According to Guyana’s oldest Business Support Institute (BSO) President, “What we’re definitely going to do is push more training to small businesses and build small business capacity”
As such, Tucker noted that the GCCI intends to reach out worldwide to organizations and institutions that, in support of private sector development in Guyana.

The GCCI President also noted, that GCCI would also turn to governments for support in distracting the Government of India and scholarship offers.
He also revealed that GCCI in its effort to build domestic capacity would look to connect with other large universities around the world in order to find similar scholarships and training to enhance the ability of local businesses to take on more oil-related emerging and gas sector.
According to Tucker, GCCI also wants to work more closely with the Office of Small Businesses so that the Chamber can be a gateway for accessing funding from those organizations.
This, he said, not only ensured the small businesses but emphasized that the organization was also looking to act as a vehicle to access funding for larger organizations.
Also speaking on this issue was Paul Cheong who is currently serving as the head of National Industrial and Commercial Investments Limited (NICIL). Cheong was adamant that accessing finance in Guyana is expensive and uncompetitive, a situation that must be solved if domestic businesses are to be competitive with their regional and other counterparts.