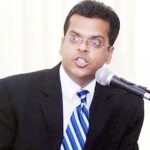 GEA aware of short-term use of gas to electricity

… Says the President, PM who is looking to develop 400MW mainly with solar, hydro

Kaieteur News – Guyana Energy Agency (GEA) is working towards a domestic energy mix to be developed over the next five years of some 400 mega watts (MW) of installed capacity in the country, “over 200MW, meanwhile of natural. gas. ”

This is the address of Guyana’s key energy agency – which falls under the portfolio of the Prime Minister and President directly – according to GEA Head, Dr. Mahender Sharma.
This past week, he was the guest of a panel discussion on “Guyana’s Renewable Energy and Investment Opportunities” hosted online by the American Chambers of Commerce in Guyana (AmCham).
Dr. Sharma at the time prefaced his arguments in favor of using renewable energy in Guyana’s energy mix and highlighted its involvement in the agency’s overall strategy and highlighted the President’s accusation of the opening of the 12th Parliament , Dr. Irfaan Ali summarizes the thrust of the GEA’s energy policy going forward.
He reminded of the encouragement of Dr. Ali said that “Guyana’s energy security will be driven by an energy mix that will see solar gas, wind, hydro and natural gas, all key components in making us the region’s energy capital.”
According to Dr. Sharma, included in the specific targets as expressed by the Office of the Prime Minister is “to develop a world-class energy mix, and install 400MW of new installed capacity including hydropower, solar, wind and gas natural. ”
He noted that Natural Gas had been considered to supply approximately 200MW of the proposed 400MW installed capacity, meanwhile alone.
Highlighting how the agency intends to reach its goals, Dr. reminded Sharma among the key objectives of Guyana’s energy policy is to reduce electricity costs for households and businesses; make Guyana’s energy cost globally competitive, working with Brazil and Suriname to create a new energy corridor and outline a clear path to becoming a net energy exporter.
He noted this would be achieved not only by upgrading the national grid but by completing the Amaila Falls Hydro Electricity Project, investment in solar and wind systems for off-grid areas, and expanding hinterland electrification for off-grid grids the grid and micro.
According to Dr. Sharma, in the next three years alone, some 39MW would be added to the grid using solar farms and other such smaller systems over the next three years.
Speaking to hydropower initiatives from the agency, Dr. Sharma pointed to one completed in Region One in Hosororo and the construction of another 150kw factory in Kato in Region Eight.
In addition, he outlined that the GEA will soon go out to tender for construction of hydropower plants in Region Nine in Moco Moco at 0.7MW and at Kumu, a 1.5MW facility.
According to Dr. Sharma, the government is currently waiting to be finalized for funding for the projects from the Islamic Development Bank, while another private developer is looking to build a 2.2MW hydropower plant in Tumatumari.
This, he said, is in addition to the GEA currently conducting nationwide studies and surveys regarding the country’s hydropower potential.
In addition, the GEA noted that some progress had been made in developing wind technology for electricity generation and highlighted an example of the 1823 Power lighting system Monument in the Georgetown Seaside.
The Head of GEA, in light of his presentation on the potential for renewable energy generation in Guyana, said, “when gas lands, many opportunities are opened; compressed natural gas for transportation could be an opportunity. ”