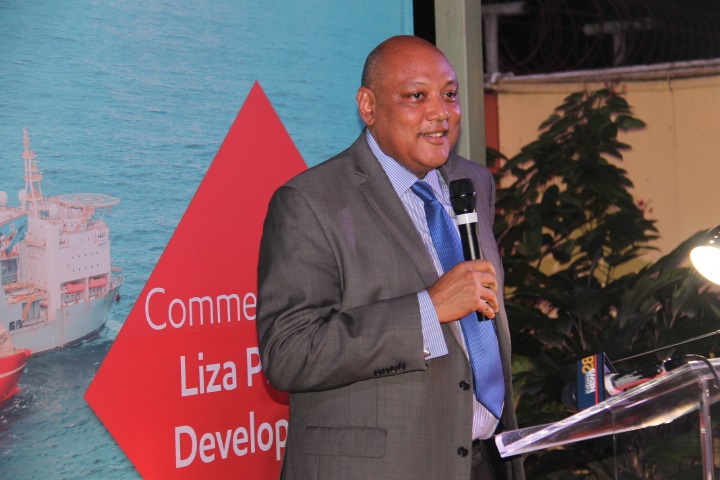 Citing reduced demand for oil due to the coronavirus and falling international prices, the United Kingdom (UK) non-governmental organization, Global Witness, has called its report Signed off that had estimated that Guyana would lose at least US $ 55 billion from the oil deal with ExxonMobil.

“Moreover, since their announcement, oil prices have fallen by more than a third. As COVID-19 continues to reduce demand for fossil fuels and countries implement policies to limit fossil fuel use to tackle climate change, the prospects for sustainable income generation New oil projects are increasingly questionable.

These factors led us to overestimate the potential economic benefit of oil extraction. Based on feedback from civil society representatives in Guyana, we recognize that our report has made it more difficult for them to make the case for ceasing oil production in their country, ”Global Witness said in a statement.

But former Natural Resources Minister Raphael Trotman argued the report was released back in February 2020 to influence the outcome of the March 2, 2020 general elections and now Global Witness says the document is useless. “It has now been established, beyond the shadow of doubt, that Global Witness has allowed itself to be used to further political and economic interests ahead of Guyana’s 2020 elections,” said Mr Trotman who is also Chairman of the Alliance for Change (AFC) , the second largest party in the opposition coalition.

He accused Global Witness of being an economic hit that intervened in Guyana’s internal politics with a clear violation of sovereignty, decency, fairness and balance. Mr Trotman argued that releasing the report a month before Guyana’s general and regional elections was “neither coincidental nor deliberate.”

“Now that the disgusting, dirty deed is done, Global Witness is finding it convenient to not only withdraw the report, but to use the fig leaf of environmental cases completely and clumsily. This is shameful and humiliating and amounts to inverse political interference in the affairs of the sovereign state electoral process in trying to influence the outcome of an election, ”said Mr Trotman.

Bearing in mind that the report had been critically critical of the agreement between the Guyana government and ExxonMobil and its partners, in particular, many of his Cabinet colleagues and former President David Granger, Mr Trotman, reaffirmed his be ready for a full probe.

“I also believe that an excuse is being made to avoid an investigation, with which I agreed. The investigation should be well underway and will receive my full and unambiguous support, ”he said.

Global Witness sought to justify its decision to withdraw the Signed off report, saying that document focused on how much revenue Guyana could get from oil if the government negotiated a fairer deal with oil giant Exxon. “Our revenue analysis assumed that the Paris Agreement’s climate commitments would not be implemented – leading to an overestimation of Guyana’s likely oil production and value,” the organization said. Further, Global Witness said that its new organizational strategy that it has introduced this year does not allow it to accept that scenario because greenhouse gases must fall by half over the next decade, for the sake of the planet and all of us who n living on it.

Global Witness said its decision to withdraw Signed off not an endorsement of the way Exxon or Guyanese officials negotiated the oil licenses awarded to the company. “We stand by the integrity of the evidence we have presented. We also stand by the funding model produced by OpenOil commissioned by Global Witness. Specialist, transparent and informative work, OpenOil and its financial model set standards. ”

The international NGO said it strongly supports the inspirational investigations and campaigns that so many uyanese reporters, campaigners and experts have conducted in recent years to increase accountability around the deals between the Guyana government and Exxon and other oil companies. Global Witness said, “it is this work that will hold the powerful to account and the Guyanese people should be proud to have such tireless advocates working for them. “