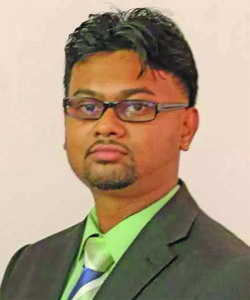 The Mayor and Georgetown City Council (GM&CC) are currently working to implement a digital system to keep all taxpayer records and other transactions. The Council is, hopefully, reducing the number of fraudulent activities in the system.

Georgetown Mayor Ubraj Narine noted Friday that the decision was made after the City Council recently uncovered evidence where people are crafting Council letterheads, and trying to duplicate the same.
He said he hoped this would not happen anymore, as the Council now sealed their documents.
“There is a lot of skull work going on in our systems … like the court where people have the opportunity to bring a prescriptive right,” he said.
Narine further explained that the Council is also working on a policy whereby people will no longer be able to pay someone’s rates and taxes.
He said it must be linked to an individual’s TIN number for identification.
“There’s either the TIN or the ID number. I think compliance is very important and the Government should really implement that policy. ”
In 2019, the City Council was challenged by local attorneys after they implemented 0.5 percent compliance on property transfers.
The Mayor claims the challenge came because the decision was made not to get people to pay rates and taxes with only a receipt to pass titles.
He is hopeful that this new initiative will help reduce further fraudulent activities within the Council.