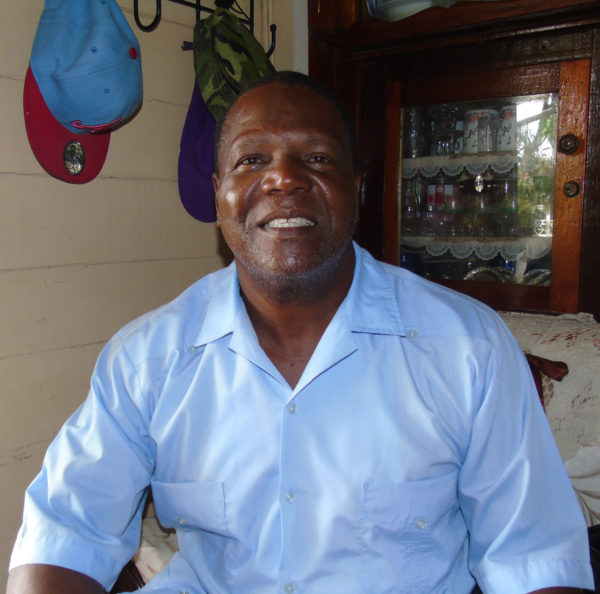 In May 1966 Guyana disassociated itself from colonial control with celebrations throughout the country. Many citizens may not have understood what independence really meant, and yet, there was a spirit of expectation that change would somehow bring about improvement. Five Peruvians, who experienced what they found to be an exciting and confusing time, remember over Lifestyle how it was back then.

While lounging in his chair and smoking a cigarette, octogenarian Roger Skeete recalled that he was working as a gutter making barrels to store rum in the Blairmont Sugar Estate when news began circulating about the country’s impending independence status. “I was very excited because you know the sugar estates were the masters … and what they do, use it to affect us – we had long hours of work for lil bit money,” said Skeete . As such, when he heard that British Guiana would soon become independent, he and his colleagues were delighted. “We thought when we gained independence we would get better wages and life would be easier, but it became harder,” he noted.

Skeete was living in Cumberland Village, East Canje Berbice at the time. He believes that citizens were not adequately prepared for the new status and could not cope with it. “They were free from colonial rule and became independent in self-control, self-control; but for me we were not ready for independence, ”he noted. He clearly said, “Along the line we made lots of mistakes.” These mistakes, he believes, were a direct result of citizens not fully understanding what it would mean for the country to become independent and govern itself without input from Great Britain. “You see … everyone stops working and thinks things will come easy, so they didn’t produce. A long time ago, everyone used to plant a farm, everyone used to think chickens and go fishing. They had a lil garden; something they had and when we became independent they stopped. So life got harder, ”he explained.

Regardless of what came of the country after she gained her independence, Skeete states that nothing could have changed the way she felt on that day nearly 50 years ago. “I go out, we all go out, the whole village went to Vryman’s [Erven] to the building that now has the DC [Regional Democratic Council] Office see them raise a flag there. It was a joyful time, and you had this feeling, I can’t explain it, but it was like you were finally free and your eyes were now open to all the possibilities. “

Stephanie Bowry, 69, had just come out of her teens. She remembers it as a time of excitement. “I don’t know if the people really understood what was going on, but they knew they were free and we would be independent and do our own thing. So there was a lot of jollification, ”he said. Smiling as her mind summoned memories of that moment in history, Bowry said it was a time of goodwill, as “people feel nice and happy and embrace each other all the time.”

At the time Bowry had finished school and did nothing other than go to church. “They had danced through the streets leading up to the day, and at night [of May 26] people were marching and playing music and rejoicing through the streets ”. The author and poet remember many folk songs being played on the radio and it was clear that people were part of the impending change. He said people walking along the streets would start spontaneously dancing.

Elizabeth Rampersaud was a nine-year-old trying to wrap her mind around the concept of independence and why all the adults were excited about it. “I was going to school, Molesen Creek Primary, and my grandmother says how we got independence so I ask her what that is, and she says the whole country will turn around ‘ independent, that anyone would be an independent person, but I couldn’t really understand what that meant, ”Rampersaud remembered. The concept of independence would later be explained to Rampersaud by her class teacher but would only understand its importance as she got older.

However, it didn’t stop her from celebrating with her grandparents. “The place I lived was very busy; it was just a school, and a few houses were scattered far apart. We didn’t come out on the road, because we only used to come out at weekends. So I can’t tell you if the village had a celebration, but the school did nothing. We only had about 25 pupils in school, but they told us what independence would look like. I remember my grandmother being very happy, because she said how free we are, we can come and go and do whatever we like … We celebrated as a family.

“My grandparents had a hinterland and they used to go in the garden and farm and plant lawns and things and come out on the road and sell it at Skeldon Market … they thought life would be better with independence. So even though we lived in an isolated area we knew about independence. He came through the radio, we had a lil ‘Cathy’ radio and they were listening to everything. “

To eleven year old Brentnol Bess, “The atmosphere at the time was a lot of excitement with our parents and grandparents, the people around, in the schools. I remember we were able to see our flag with the nice colors, and in schools they gave us the flags on little sticks. ”For Bess, what stood out most was the plethora of activities organized to celebrate the important occasion. “I remember that the clothes they wore for most people were made out of the same colors as our new flag, so it was a lot of excitement and in all the schools there was various activities, singing etc. of national songs. Everyone was happy so we had a lot of rejoicing and rejoicing, eating and drinking with elderly people, children were involved in singing and so on, ”he said.

At that time, Bess, a student at St Aloysius Roman Catholic Boys School, was living at 39 Stanleytown in New Amsterdam and remembered “marches in the streets and we had steel pan bands and people dressed up and we had trucks and donkey carts with them people driving around and enjoying themselves. ”

Another stand out event was “The speech in the National Park where Forbes Burnham recognized God and asked God to give him the wisdom to run Guyana… They took down the British flag and put ours up. During that time we got the train so many people traveled from Berbice to go there to see it.

“Somewhere along the line, we had some buttons that we pinned on our clothes. And our motto became valuable to us: ‘One People, One Nation, One Destiny.’ ”

Celebrations on the West Coast Berbice were a little more fragile; Jennifer Conway, 62, remembers a big fair. “I was just starting high school, and I remember all the talk about independence, it was a real buzz… and the day in particular, all the adults, the elderly, gathered and I remember seeing the karahis large that they assembled in a location [Number 40 Village] and they cooked all kinds of meals, ”he said. So far, seeing karahi brings back fond memories of that time.

“A few villages came together to celebrate. I have no recollection of any other kind of music that was sung or played apart from patriotic music during that time period, ”Conway recalled a song written by Terry Nelson of West Berbician which urged“ everyone, jump and be merry, we welcome independence for Guyana, ”sung by villagers. He also remembers that “the adults were well dressed, even the children we were dressed in were colorful.

“At school there was talk about what independence is and everyone was excited to know what it would mean for them. It was the first time after all, and I remember that pencils and pens and small notebooks were distributed to us as pupils in primary school and when we received our pencils we felt good because this was a symbol of independence and this was the gift we had received. It was a lovely occasion. ”

Independence celebrations were also marked by patriotic songs and according to Conway her school was “led by one Mr Donald Mona and had this tremendous voice, so I remember when it would have started and had to for us to follow that you may have heard in the village itself this singing coming from school. ”

At a rice factory in Plantation Ross on the West Coast Berbice, villagers picked up the Golden Arrowhead at the same time as it was being raised in the National Park. “There was the first flag raising and we went to see…. It was similar to what we have at Mashramani time except we didn’t have the floats. But we had people in costumes dancing through the street; we envisioned this freedom, it was like coming out of slavery and going to this free state, because we wouldn’t be governed by anyone but our country, ”Conway noted.

The celebrations, Conway said, lasted for a month and “after that when we went to school, we all had our little flags, but we didn’t surrender our empire flag from way back when, so we had to ‘ we both waved because the transition could not have happened just like that, it was a mix of the past and the present. ”