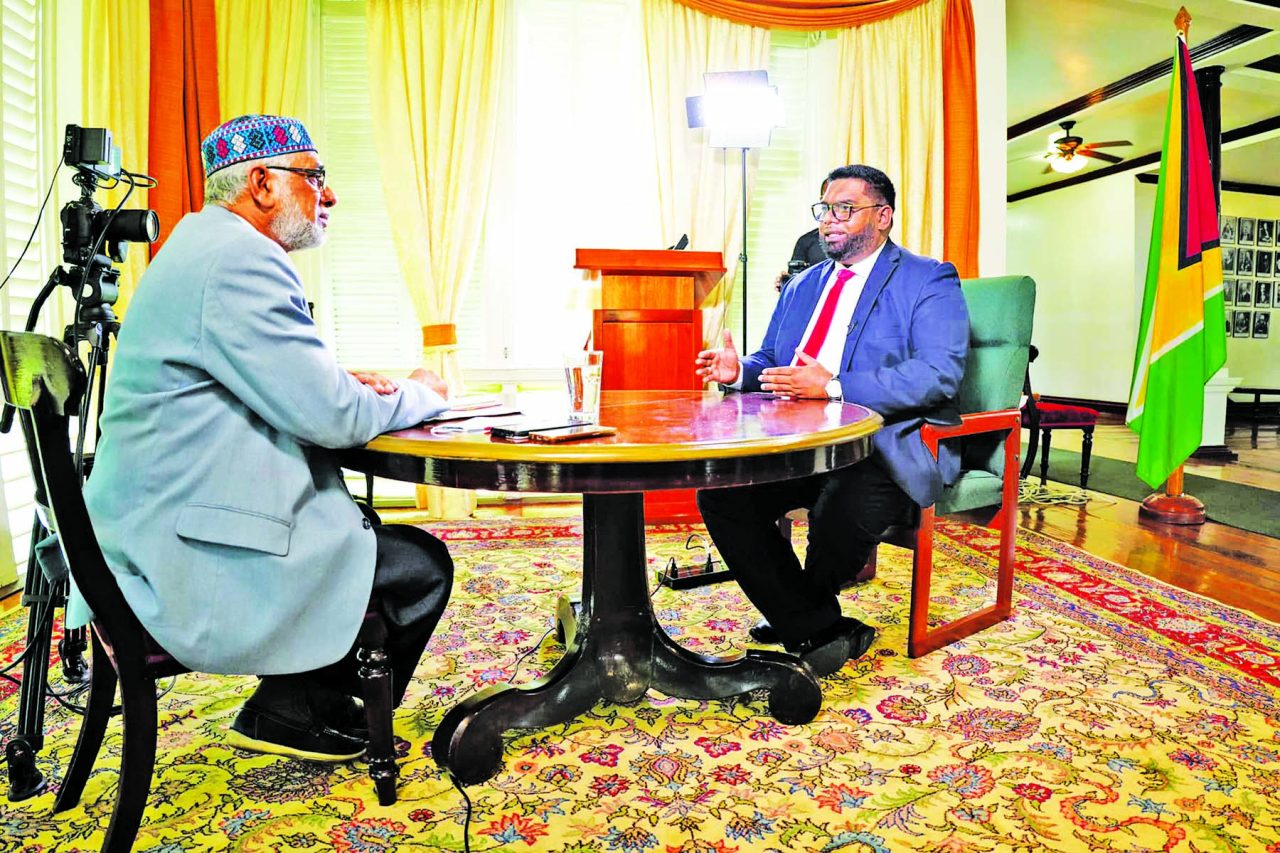 The Government of Guyana is currently considering a financial tool to integrate the Guyanese diaspora into its national development agenda through investments here.

This is according to President Dr Irfaan Ali during an appearance on an online program hosted by Farook Juman, Guyanese Radio Broadcaster from the United States.
“With the emerging oil and gas sector and the kind of investments we are making not only to strengthen the tradition[al] sectors but also opening up new areas and new opportunities, we see great potential for the diaspora to bring their capital resources back here. For a matter of fact, we are now discussing financial instruments through which we can encompass all categories and levels of the diaspora and integrate them into the development of our country, ”he said.
According to the Head of State, the diaspora has always played an integral part in Guyana’s development and now, his Ministry wants to nurture this in order to attract more investments.
The President went on to acknowledge the role of the Guyanese community abroad after the March 2020 General and Regional Elections when the country’s democracy was undermined. He also noted that the diaspora has also played a key role in supporting the Guyana economy over the years through payments and visits here.
“Therefore, the diaspora, in my opinion, has always been an integral part of the development and development of our country,” argued Ali.
However, even as the Government is currently refining a framework to specifically cater for the diaspora, President Ali outlined that it is important to recognize that those willing to invest here are familiar with the specific service – be it Public or Private Sector.
“We have to make sure we strengthen our systems and improve our systems. We are improving our education system and we are moving towards more international standards so that the movement, the decision to move [investments here] becomes easier because these are some of the critical questions that people in the diaspora ask… You have part-time investors who come to invest their resources and go back. But when you come back more permanently, you have safety issues, healthcare issues, education, port services, Government services – these are also vital issues of interest to the diaspora and here are the areas we are targeting and are investing in to improve to improve it and to ensure that we create an enabling environment, ”the Head of State noted.
In addition, he highlighted that there is a wide range of investment opportunities beyond the petroleum industry available in Guyana that can be exploited. As such, he urged diaspora investors to explore these.
“You cannot understand the opportunities of third hand or second hand. You have to come here. You have to do your research; you have to look at the areas that the country is moving towards. You have to look at the opportunities and then plan your own route. So, the Government can only create that enabling environment and that’s what we’re doing, ”the President asserted.

Huge infrastructure plans
Meanwhile, the Head of State explained during the online program, which has extensive foreign reach, with Guyana embarking on its massive infrastructure plans, that investment opportunities will be created across all administrative regions and not centered in Georgetown or Region Four only (Demerara -Mahaica) – the country’s most populous region.
He revealed that these transitions will take place on three scales. First at the community level, then the regional level and finally, the national level.
“We have to understand, first and foremost, that a major transformation will happen at a community level. This is improving healthcare systems, improving road networks, educational facilities and sports facilities, and you will see a great part of this budget that will target community needs. “
The Head of State said that his Government will place particular emphasis on community needs and ensure that it creates “growth opportunities, or growth hubs within a cluster of communities that can generate employment, creating tier one sustainable development”.
At the regional level, Ali noted that the focus will be on key investment opportunities.
“Let’s take, for example Region Three (Essequibo-West Demerara Islands), you will find a huge investment on the banks of the Demerara River in Region Three that will create huge opportunities and the impact of cheating. You will see agro facilities, agro-processing facilities being developed. You will find more use of the Essequibo River in terms of investment hubs. This, of course, will create various growth poles, ”he added.
He also said that regional developmental infrastructure will be linked to national transformational infrastructure. This includes the new four-lane highway from the new Demerara Harbor Bridge that extends all the way to Parika, the opening of the Welsh Development Agency as well as the landing of the onshore gas pipeline in Wales, among others.
At the national level, some of the transformational projects include the four-lane, high-span fixed bridge across the Demerara, the Corentyne River bridge, the new power station, the expansion of the agriculture sector, the new bypass connecting East Bank and East Demerara Coast along with a number of Private Sector Enterprises. According to the President, at least five new hotels will be built over the next five years.
He said the Government was also supporting Private Sector investments in the healthcare and education sectors. (G8)