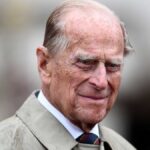 Govt. sympathizes with Queen Elizabeth II over the passing of Prince Philip

Kaieteur News – His Excellency, Dr. Mohamed Irfaan Ali, his condolences to Queen Elizabeth II and the people of the United Kingdom yesterday on behalf of the Government of Guyana, following the death of Prince Philip, Duke of Edinburgh. In his letter to Her Majesty the Queen, he said: “It is with great sadness that I extend heartfelt condolences on behalf of the Government and the people of Guyana, and in my own name, to the Government and people of the United Kingdom after the passing of Her Majesty. HRH Prince Philip, Duke of Edinburgh. “He said that Prince Philip served with great honor as patriarch of the Royal Family and was a remarkable public servant as he provided loyal and trusted support through the decades of new changes.

He drew attention to Prince Philip’s military service, particularly in the Second World War, which earned him great respect, and his fierce, outspoken advocacy for the protection and protection of the environment, which inspired many.
Ali said the absence of his voice on these critical issues would be felt deeply, adding that the imprint he has made on the 20th century cannot be forgotten or forgotten.