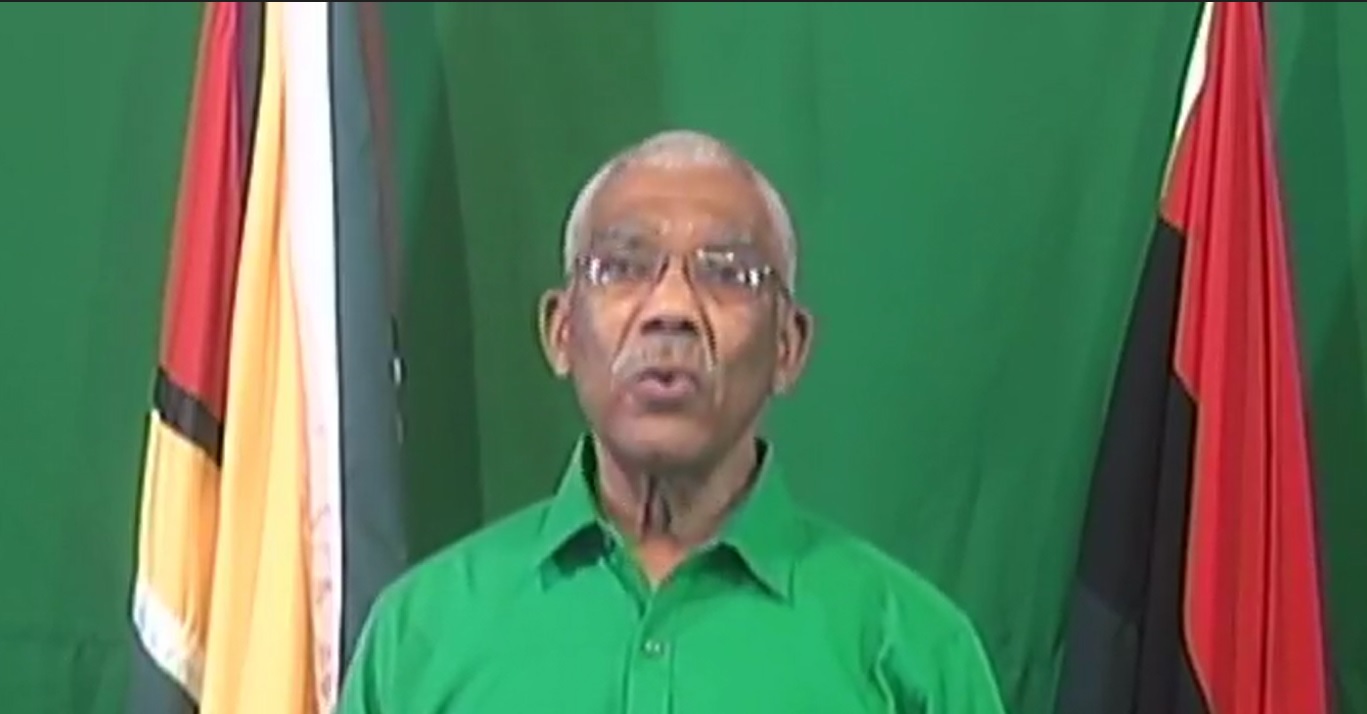 National People’s Congress Reform Leader David Granger has cast doubt on his participation in any of the meetings of former Presidents, saying he has no constitutional role in such talks.

Instead, Mr Granger said Opposition Leader Joseph Harmon should be a representative in such discussions with President Irfaan Ali. He said he had no constitutional role, as PNCR Leader and former President, as far as representing the coalition and the 31 senators. “If we’re going to create a new forum outside the constitution, someone has to explain to me how the discussions and discussions and the decisions we take will be incorporated. Five minutes later, they could be thrown in the waste paper basket, ”said Mr Granger on a program organized and moderated by PNCR.

The PNCR Leader has hardly made himself available to the media to answer questions.

Opposition The Partnership for National Unity + Alliance for Change (APNU + AFC) has refused to publicly acknowledge the administration of the Civic People’s Party (PPPC) as the legally elected government and has challenged the universal legitimacy of March 2, 2020 and regional elections in the High Court.

Without going into “some things” that have been reported in the media, Mr Granger said “the long and short of it” is that the Leader of the Opposition has taken an oath and MPs have taken an oath. “For government to take action. , to make some appointments, they have to talk to each other, ”he said. “The constitution does not provide for work dinners,” he added.

No mention was made of the political commitments that the APNU + AFC List Representatives and the PPPC had promised to maintain once the election results had been declared.

Mr Granger questioned whether the outcome of former Presidents’ meetings would be brought to Cabinet and decisions would be made and would affect Guyana’s development. “It’s a constitutional space. It’s no-man’s constitutional land, ”reiterating that he needed to know more about the grounds, the preparations and whether he could have been with anyone else. He stated that he would have been disadvantaged when entering the meeting.

Noting that he did not reject the invitation outright, Mr Granger recalled asking for the working lunch to be postponed until details of how that event was expected to benefit Guyana could have been provided and a number of concerns addressed including the COVID-19 pandemic and the dismissal of several government employees. “People want to hear serious answers to serious questions and they don’t want to hear serious answers to questions … People don’t just want to see people sitting down having lunch and talking about non-issues their wellbeing ”he said.

Mr Granger earlier this month boycotted the meeting which Government Minister Gail Teixeira said had been billed as an “overture” for more detailed discussions on Guyana development issues. Ms Teixeira has since said Mr Granger made a mistake by refusing to attend the initial meeting. “One of the things I think politicians need to know when there’s an opportunity out there, and you’re going to make a mistake and turn it down, it’s always a delicate balance. And that’s why politics is such a fascinating field. It’s about judgment calls you make, and, in this case, I think Mr Granger made a very unfortunate judgment call, ”she was quoted as saying by the government’s Department of Public Information.