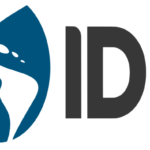 Kaieteur News – A recent report by the Inter-American Development Bank (IDB) entitled Economic Institutions for a Resilient Caribbean has revealed that Guyana is among some Caribbean countries that fail to show systematic and timely follow-up on auditor general findings. Other countries highlighted were the Bahamas, Jamaica, Suriname, and Trinidad and Tobago.

The Guyana Audit Office scrutinizes the expenditure of public funds on behalf of Parliament, by conducting financial audits of all publicly funded entities such as government ministries, donor funded entities, local government agencies and trade unions. The audits are carried out in accordance with international standards set by the International Federation of Accountants and the International Institute of Supreme Audit Institute.
The report highlighted a fundamental point, noting that the effectiveness of oversight of a parliamentary budget is limited by the limited time allocated to that function, which is also an issue in Guyana and the reviews are based on non-final estimates and made when changes occur. no longer possible.
“More generally, given the insufficient time available for legislatures to scrutinize budget proposals, Caribbean countries may wish to consider setting up parliamentary advisory budget offices, staffed with professionals independent of government, similar to the Congressional Budget Office in the United States. and the Parliamentary Budget Office in Canada, ”he advised.
Also introducing another alternative, he outlined that Caribbean countries can foster a regional unit that would provide such professional services to individual country Parliaments.
Since its inception in 2004, provided for in the Audit Act 2004, the Audit Office has sought to promote good governance, transparency and better public accountability. Each year, the Auditor General in the reports has made several recommendations to Ministries, Departments and Regions with a view to improving the systems and practices in these entities and according to the IDB report, implementation of the recommendations this by governments leaves much to be desired. .
In 2018, Kaieteur News had reported that the APNU + AFC government that collapsed in August 2020, had failed to implement 174 AG recommendations the previous year. Our report noted that 602 recommendations were made in the PE report of 2016. However, following the report, officials of the PE office found that only 30 percent of the recommendations were partially implemented. Furthermore, in the 2017 report, the Deodat Sharma AG stated that all recommendations were reviewed to determine what, if any, action was taken by the proper accounting officers and at the time of the 2017 report, 178 or 30 per cent of the recommendations were partially implemented, while 174 or 28 per cent of the recommendations were not implemented.
Sharma had expressed concerns about the inaction, as 58% of its recommendations had not yet been fully implemented. In addition, although many recommendations are repeated each year, no appropriate action, which resulted in weaknesses and issues that negatively impacted on governance and accountability mechanisms, was ongoing.