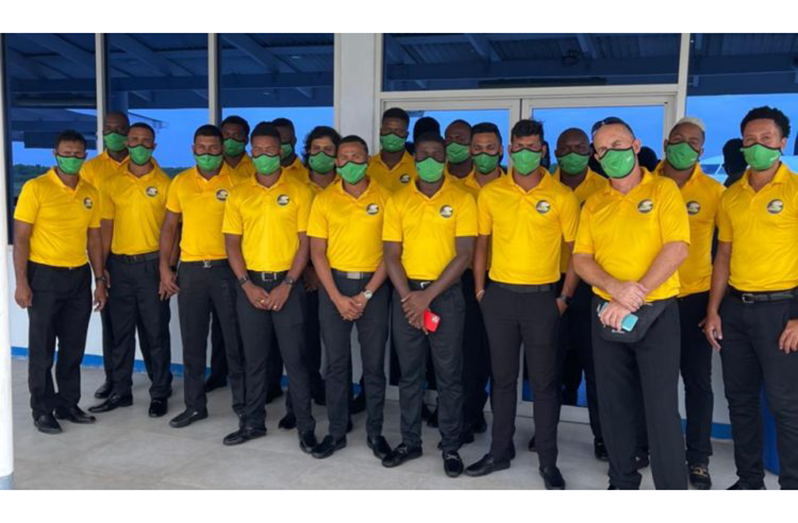 … GCB wants the team well ahead of the tournament

The Guyana Jaguars left yesterday morning from Cheddi Jagan International Airport en route to Antigua and Barbuda where they will compete for the CG 2021 Insurance Super50 Cup.

After getting back into their groove with some team training followed by three well-played practice games at the LBI Ground, the team conducted their COVID-19 tests before they left.

The 15-man squad, led by Leon Johnson, will play their first game on Feb. 8 against Barbados Pride with the first ball set to bow off at 13: 30hrs.

Jaguars won again in 2001 and 2003. The 4th edition of the Super50 event gives the Jaguars a chance to break the jinx nearly two decades long.

Esaun Crandon is the head coach, with Shivnarine Chanderpaul as manager, and Ernesto Campo, the physiotherapist.

Meanwhile, Guyana Cricket Board (GCB) executives and staff are extending their well wishes as our team ventures to host their first Regional tournament since the COVID-19 pandemic began.