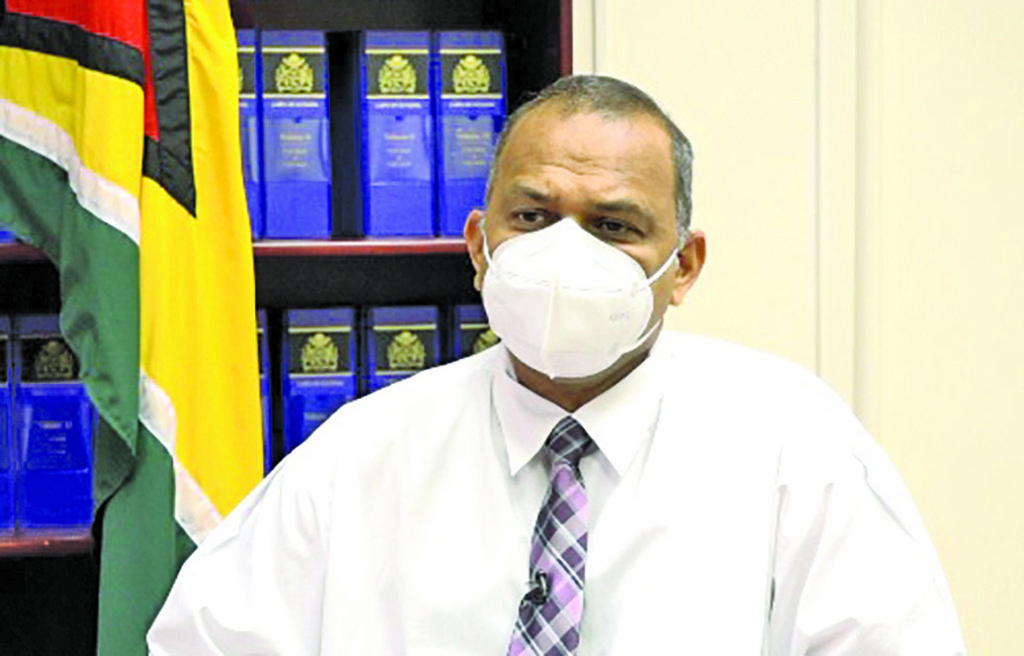 Guyana is likely to receive its first set of COVID-19 vaccines much sooner than expected as part of a “first wave” presentation from the COVAX Facility.
This was revealed by Health Minister Dr Frank Anthony during a COVID-19 update on Wednesday.

Dr Anthony explained that while the developed countries were rolling out their vaccination programs, the rest of the world was looking to follow suit. However, he noted that most of the latter countries, such as Guyana, are dependent on the COVAX Facility to access the vaccines.
“COVAX has recognized that and COVAX has been trying to see how quickly they can procure the vaccines and be able to give to countries. They have also, at its most recent meeting, considered making a first wave of vaccines for different countries and Guyana was one of the countries asked to submit proposals to COVAX to take part in this first wave, ”he said.
According to the Health Minister, Guyana has already submitted all the necessary documentation and was now awaiting a reply from COVAX.
“Once we get that answer, there is a possibility of getting vaccines a little earlier. There wouldn’t be much of it, but we would certainly be able to get some vaccines earlier, but it all depends on COVAX, ”he revealed.
Guyana was originally due to receive the COVID-19 vaccines in the second quarter of this year through the COVAX Facility – a body of organizations including the World Health Organization (WHO) that will ensure equal access to COVID-19 and ‘ u distribution. when they become available on the market.
However, Dr Anthony had previously revealed that Guyana could get the vaccines as early as next month through the first wave rollout.
“They’ve told us they’d like to start [vaccine rollout] earlier … If they can introduce earlier, I would expect that some countries would start receiving vaccines from next month. This would be in very small waves and perhaps in small quantities to test the system to see how the logistics and everything works. Once that has been verified, then we will see larger quantities being introduced in the second wave, ”the Minister explained during Tuesday’s update.
Last week, COVAX announced that it had signed an advance purchase agreement with Pfizer for up to 40 million doses of the Pfizer-BioNTech vaccine.
COVAX had also confirmed that it would exercise an option – through an existing agreement with the Indian Serum Institute (SII) – to receive its first 100 million doses of the vaccine developed by AstraZeneca / Oxford University manufactured by SII.
Of these first 100 million doses, most have been earmarked for distribution in the first quarter of this year, pending WHO’s Emergency Use Listing.
Despite this, however, Minister Anthony noted that it was unclear which of the vaccines Guyana would receive, as COVAX was still in discussions with manufacturers.
“This is an ongoing thing … But they haven’t told any of the countries these are the sets of vaccines you will get and the date when you would have them,” he noted.
Through COVAX, Guyana is set to receive 20 percent of the COVID-19 vaccine with the first three percent to be given to frontline workers followed by the second to the elderly population and at-risk individuals who have underlying conditions.
Since signing to the COVAX Facility last year, Guyana has been preparing for the arrival of the COVID-19 vaccines.
Regional vaccination centers are being upgraded in each region to accommodate additional freezers and refrigerators for the storage of the vaccines. In addition, training is ongoing.
The Health Minister stated that they had recruited many people who would be part of the immunization team. (G8)