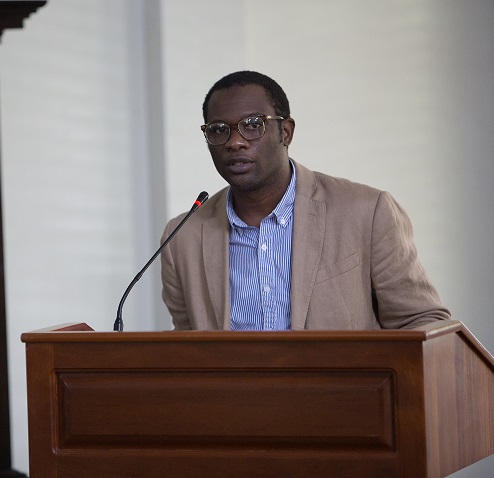 Guyana’s Foreign Minister Hugh Todd said Thursday that there has been an increased Venezuelan military presence in the Atlantic offshore Essequibo following the unilateral termination of the maritime border up to the east bank of the Essequibo River.

“Following the announcement of President Maduro’s Decree on 7 January 2021, there has been increased activity in Guyana’s maritime space by Venezuelan Navy ships and other Venezuelan State assets,” Mr Todd told the National Assembly in a statement on growing tensions on the border between both adjacent. South American nations.

This is the first time the Guyana government has publicly stated that there has been an increased Venezuelan military presence in the Atlantic off the coast of the Essequibo Region that Venezuela also claims to have.

The Guyanese Foreign Minister did not provide any details, but sources have said that Guyanese vessels in that area are being disturbed and even ships entering Port Georgetown are discouraged from crossing the that area. “Such illegal activity continues to undermine Guyana’s development, by threatening Guyana’s sovereign rights from its maritime space and obstructing economic activity,” he added.

Venezuelan State’s higher presence in that area came following the unilateral announcement of President Nicolas Maduro’s decree of January 7 for the “Territory for the development of the Atlantic facade” in order to provide adequate protection and safeguard the jurisdiction of the Venezuela Bolivian Republic “.

A week ago in January 21, two Guyanese fishing vessels, Lady Nayera and Sea Wolf, were intercepted along 11 crew members in Guyanese waters off Waini Point “far in Guyanese territory” by Venezuelan Lynges and their escorted to Port Guiria in northeastern Venezuela. They were cited for illegal entry, illegal fishing and operating in that area without the required documentation.

Foreign Minister Todd sought to assure the House that Guyana exerts all diplomatic pressure to ensure the safe release of ships and fishermen. “As I speak, my Ministry continues to engage with the International community to resolve this issue in the most peaceful and diplomatic way,” he said.

Foreign Minister Todd welcomed the diplomatic support Guyana has received from Belize, Brazil, Canada, France, Trinidad and Tobago, the United Kingdom and the United States of America, as well as through regional and international groups from CARICOM, the OAS, the Commonwealth. , The African, Caribbean and Pacific States Foundation and the European Union “in its vigorous efforts to preserve its sovereignty and territorial integrity.

“We are heartened that the international community has seized on this issue and urged Venezuela to release our Guyanese nationals and their fishing vessels and refrain from acts that violate international law and threaten the region’s peace and stability,” he said Mr. Todd.

Nicolas Maduro’s administration from Venezuela has been keeping tensions ever since the Court of International Justice (ICJ) ruled that it had jurisdiction to hear Guyana’s case that the 1899 Arbitral Tribunal Award on the land border is full, final and perfect. Venezuela has said that the absence of one of the parties from the case does not prevent the court from delivering a verdict that will be final and binding on both sides.