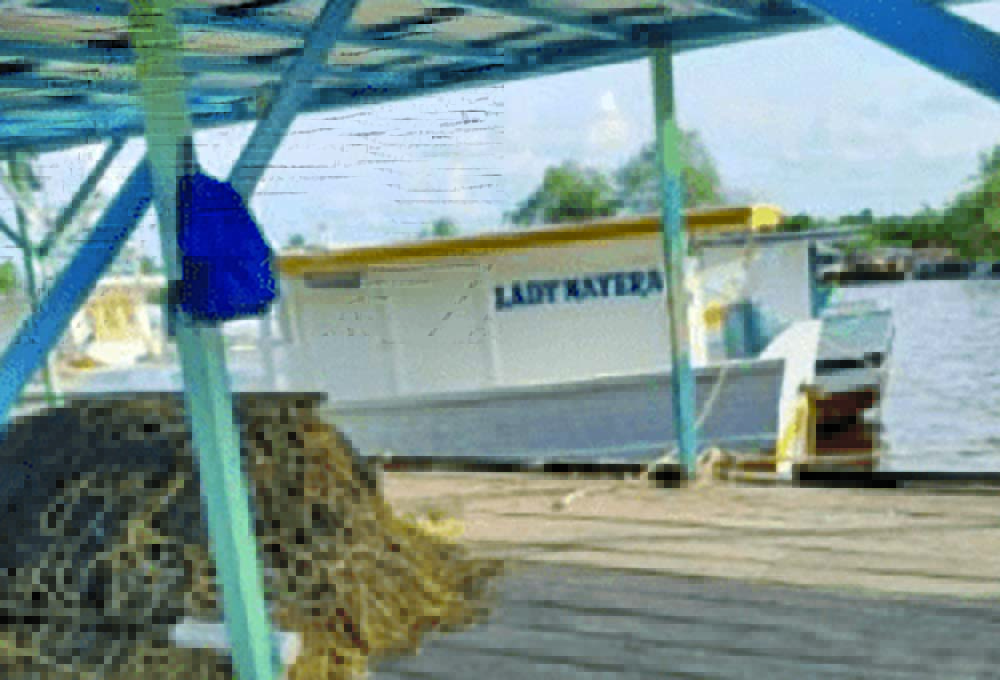 Foreign Affairs Minister Hugh Todd said Friday that Guyana is still awaiting official confirmation from Venezuelan authorities as it relates to reports of a third Guyanese fishing vessel being seized.

The Guyana-registered fishing boat “Miss Annie” – GR972360 – and its seven-member crew were reportedly detained by the Venezuelan army on Monday.
The river patrol ranks of the Venezuelan National Armed Forces (FANB) reportedly captured the ship and detained crew members, who were intercepted in Mariusa, Tucupita, Amacuro Delta, Venezuela.
Minister Todd had previously told reporters that they had received reports of this third seizure but were awaiting confirmation from the Guyana Embassy in Caracas.
“I got a word from them today – the Embassy. They reported seeing media reports … and mentioned that the ship was trapped in Venezuelan waters and the coordinates indicate that they are in Venezuelan waters for illegal fishing. That’s what Caracas reported, ”the Foreign Minister told Guyana Times on Friday.

According to Minister Todd, the Caracas Embassy has reached out to the Venezuelan Foreign Ministry to speak to the Vice Minister but, “so far, nothing was coming from the Ministry in Venezuela. So, I would suggest we treat it as unconfirmed reports … I can only speak definitively when I speak to the Foreign Ministry. “
As for the other two Guyanese fishing boats and 12 fishermen detained just over a week ago by the Venezuelan navy, Todd said the Guyana Government is working furiously to get the men released.
“They are still being detained and my understanding is that they are on the ship. But we are still trying our best for early release, ”the Foreign Minister told this announcement.
The two Guyanese fishing boats – Lady Nayera and the Sea Wolf – were intercepted on January 21 while operating off the coast of Waini Point within the exclusive economic zone of Guyana (EEZ) by the Venezuelan navy, which held members crew and captures the ships.
The captain of one of the ships, Lady Nayera, is Captain Richard Ramnarine and includes crew members Ramlakan Kamal, Nick Raghubar, Javin Boston, Michael Domingo and Joel Joseph.
The other ship, the Sea Wolf, is Captain Toney Garraway, and includes crew members Errol Gardener, Orland Roberts, Christopher Shaw, Shirvin Oneil and Randy Henry.
Venezuela claims in both cases that the fishermen are in their waters. In fact, Venezuela’s Minister of Peoples’ Power for Foreign Relations, Jorge Arreaza, during a virtual meeting with Minister Todd on Monday provided location coordinates to indicate that the vessels were fishing illegally in the jurisdictional waters.
But Guyana’s Minister of Foreign Affairs argued on Thursday that this is not so. He explained the coordinates of the location of the two fishing boats when they were detained in EEZ Guyana.
“What’s important is that the situation is well within our unique economic zone and that’s what matters. [It’s] not exactly the site but the general location is inside our EEZ, ”Todd told reporters.
Meanwhile, it was reported that the 12 fishermen had been detained last week after being caught with hammerhead sharks – a species protected by Venezuelan laws from being trapped.
Minister Todd revealed that this had been pointed out to him by his Venezuelan counterpart during their virtual engagement earlier in the week.
“When I spoke to the Minister for Foreign Affairs [of Venezuela] he mentioned that but we haven’t heard anything from the crew about that, ”Todd noted.
According to the Minister, although Guyanese authorities have been in daily contact with the detained fishermen, they have never been questioned on this issue. He pointed out that this is not their focus at present.
“We are dealing with the release of crew and ships; we are not dealing with custody … At the end of the day, the ships were trapped in our territory. That is a matter for us by law, not the Venezuelans. So, we don’t want to be distracted. Let’s stay focused. The ships and crews need to be released as soon as possible. Forget about custody for now, we can deal with that later, ”Minister Todd posted.
While the Venezuelan Minister for Foreign Affairs has ensured that crew members are treated with the utmost respect for their human rights and efforts are being made to pursue their early release, the fishermen have since being brought to court in Venezuelan and further reports coming out of Caracas suggest the men could be detained for about 45 days more while awaiting investigations in the Spanish-speaking nation.
Meanwhile, photos and videos have been circulating on social media of Venezuelan naval forces, allegedly “patrolling the disputed waters”.
But Minister Todd dismissed these as “fake news”. The photos and videos came from a training exercise by the Venezuelan navy since 2019.
“That’s not how we operate, it’s unusual for people to be doing it,” said the Minister.
He further noted that while the Government has no control over social media posts, people should only look to authorities for official details and publication on this issue.
“We are doing our best by issuing statements and I think the population should rely on the Foreign Ministry and the President for any updates or information on this issue. They should take the lead when we speak. But there are people in society who may want to distort or create confusion and we have no control over that, ”says Todd. (G8)