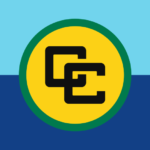 Kaieteur News – Finance Ministers from across the Caribbean Community (CARICOM) met almost last week to prepare the CARICOM agenda ahead of a meeting scheduled with the International Monetary Fund (IMF) and the World Bank.
The meeting – the Eighth Special Meeting of the CARICOM Finance and Planning Council (COFAP) – was chaired by the Senior Minister of Finance, in the Office of the President of Guyana, Dr. Ashni Singh last Thursday.
The meeting was almost in accordance with the resolution of the 32nd Inter-Sessional meeting of the CARICOM Heads of Government Conference held in February 2021, which examined the supporting macroeconomic environment for the CARICOM Single Market and Economy (CSME).
According to a statement from the Ministry of Finance, Thursday’s meeting involved the various Ministers from each jurisdiction meeting to exchange views on joint advocacy positions they might want to adopt during the upcoming IMF – World Bank Spring Meetings 2021 .
It was noted that the meeting also addressed agreement on a number of long-standing issues relating to the CSME, including CARICOM’s Credit Reporting Policies, Deposit Insurance, Regional Securities Market Development and Regulation, as well as a Services Agreement Financial CARICOM. and the Double Taxation Agreement within CARICOM.
In his opening remarks at the meeting, Minister Singh used the occasion to highlight that the meeting was taking place at a time when the Region was facing unprecedented economic challenges, stemming from the ongoing COVID-19 pandemic, which has brought the importance of insight into the importance of speaking with one united voice on issues of shared interest at the forthcoming IMF / World Bank Spring Meetings.
He also used the occasion to highlight the urgency that requires progress on many of the long outstanding issues that need to be addressed to promote the CSME’s supporting architecture, and urged that ‘ These issues are final and timely.
According to the Ministry, “the meeting subsequently saw significant progress on many of these issues, and agreement was reached on the way forward with many of the forthcoming policies, while there was also consensus on the way forward with items others that require further discussion and consultation among Member States. ”
Thursday’s meeting included participation from several Prime Ministers, Finance Ministers, Central Bank Governors, and senior finance officials from across the region.