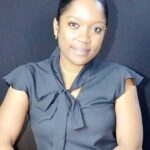 Op-Ed: Guyana’s political opposition is sleeping at the helm on oil

“Unfortunately, our political opposition for the past four months has shown that not only does it rely solely on the media to feed it with the issues of the day, but it also appears to be suffering from an unbelievable measure of lack of sight. ”

Kaieteur News – Few countries can profess to have been able to change the lives of their citizens with the wealth accumulated from oil and gas discoveries. In fact, many countries, such as our sister CARICOM, Trinidad and Tobago and our continental neighbor Venezuela, are great examples of how oil can leave a country in economic backwardness when they fail to manage these resources prudently. In other cases, countries have seen more than half their population plunge into extreme poverty, while family and friends of the day’s administration delight in the billions of dollars they have stolen from its people.

In many of these cases that have been reviewed and published by Kaieteur News, there are some recognizable patterns that can be used as a blue print to find out if a new oil-producing state like Guyana might be exposed to the same fate. Some of these include weak procurement systems; the failure to introduce modern legislation and policies for the sector; the absence of independent and experienced technical staff being appointed to key regulatory posts; the failure to renegotiate contracts to ensure adequate protection from the abusive tactics of oil companies and to ensure that the country receives fair compensation for the exploitation of its resources; weak audit capabilities; and the absence of transparent and accountable reports on field production as well as how resources are monitored. Guyana has checked all these boxes. And while it has been told to address these issues before oil production, the country is nowhere near where it should be to effectively regulate the sector and protect the interests of its citizens.
Indeed, one would think that the political opposition, who served one term in office, would be well acquainted with these challenges and would therefore promote, at least once a week, for these issues to be addressed . Instead of having an opposition that hammers the new government to handle critical oil and gas issues, the APNU + AFC remains in all honesty, sleeping at the helm. This was the same position as in the oil and gas sector.
Unfortunately, our political opposition has shown that, unfortunately, not only does it rely entirely on the media to feed it with the issues of the day, but it also seems to be suffering from an unbelievable measure of defiance sight. Since August so far, the political opposition has been stuck on one particular set of issues on which it intends to hold the government to account … and only when asked by the media. These issues include examining the expenses incurred by ExxonMobil in the Stabroek Block, managing the Natural Resources Fund, ensuring that local content is covered, and monitoring environmental issues such as torching and dumping of produced water.
While these issues are critical, the political opposition has failed to add anything new to the conversation and has not undertaken a relentless campaign for change on these issues. More importantly, these issues that the APNU + AFC continually reinvent during media briefings, are not even a fraction of the many issues it should also address. We have not yet heard opposition views and plans to address the fact that Guyana lacks the appropriate offshore technology to remotely monitor oil consumption; a roadmap to using a portion of the oil money to build sustainable industries; benchmarks for Corporate Social Responsibility for oil companies; Depletion Policy; Decommissioning Policy; strengthening key audit agencies, in particular the Office of the Auditor General, the Ministry of Finance, the Ministry of Public Infrastructure and the Ministry of Health; Guyana’s ability to monitor and record offshore emissions, particularly in the case of the Environmental Protection Agency; modernizing policies / laws / regulations; to address issues of seclusion, transfer pricing (and other gaps / financial issues), employee health and safety, environmental monitoring (regarding issues such as torching and tougher penalties for breaches), pre-criteria applied for oil blocks. , and so forth.
There are also many weaknesses that agencies such as the United Nations Development Program, the World Bank, the International Monetary Fund, and the Inter-American Development Bank have identified as critical to repair if Guyana intends to be a competent regulator for the oil sector.
The political opposition, like Kaieteur News, had and continues to have access to the detailed reports of these organizations, but it still relies on being fed by the media on issues that matter. When will the political opposition end the apathetic approach it is taking in monitoring the government’s dealings with the oil sector? How does he intend to prove to the nation that she is capable or worthy of being considered as a jobholder when she shows such a lack of interest in doing her part to make Guyana not a curse? When will the political opposition wake up from its sleep at the helm?