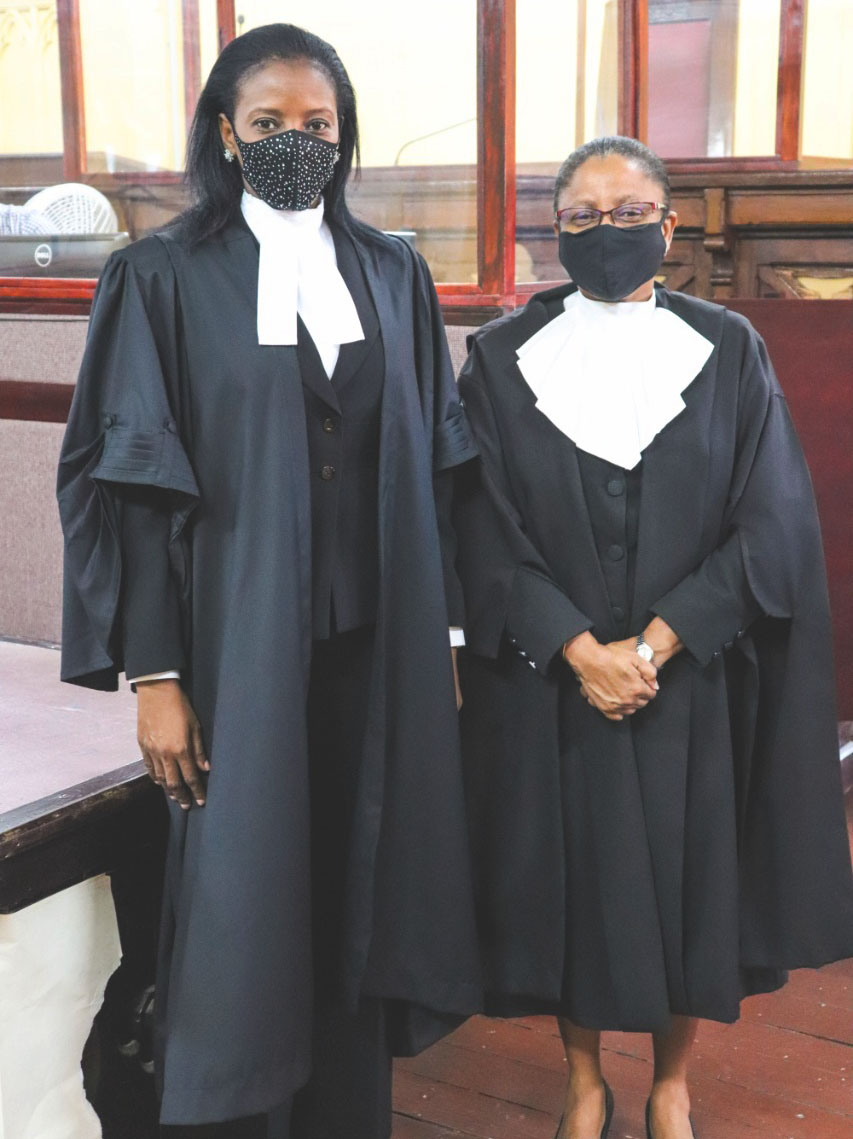 As a girl growing up, Deborah Barrow-Graham could very well argue a point whether at home or in debating competitions at the schools she attended. Family members would boast about his skill and would enthusiastically make a great lawyer one day. That day came December 1, when Barrow-Graham, a graduate of the Hugh Wooding Law School with honors, was admitted to the Bar.

“… I feel proud to have reached this far in my journey,” said the new attorney.

Barrow-Graham was accepted by Chief Justice Roxane George and her petition was presented by attorney Nigel Hughes.

Barrow-Graham was the Best New Graduation student, and it may come as no surprise to some.

Although she has always been passionate about legal challenges, initially Barrow-Graham was not too keen on litigation and delayed her journey to law school by focusing on pursuing a postgraduate degree in a related field.

Although her heart is set on practicing law in international trade, the attorney has admitted that she is now considering taking litigation at some point in the future. He said it was a conversation with the Chief Justice that led to her being more open to such issues.

The youngest of 12 children, Barrow-Graham considers himself an adventurer at heart and shared a deep love of reading and camping. She attended Eccles and St Ann primary schools and St Rose High School, where she is honored to be killed as a debater.

However, her interest in the law was sparked after watching several episodes of “Little House on the Prairie”. When she was older, she found herself drawn to legal dramas, including the “Law and Order” series. He gradually grew fond of leading actors in law and political dramas to admire many of his own lecturers and Guyanese lawyers and mentioned Sir Shridath Ramphal as one of his idols.

In 2018, she and her family moved to live in Trinidad while attending Hugh Wooding Law School. Everything was going well until the coronavirus got out of control and delivered online lectures. Barrow-Graham said slate was in her final exams for May but at the start of the pandemic, she knew it was almost impossible to pull off.

A mother of one, the attorney said it was also challenging to stay on top of her studies as she tried to get her son to stay on top of his. “It was really a matter of learning effectively to manage my time. It was a lot of work; I wouldn’t try to play that down. Trinidad was also one of the first countries to initiate and implement lock-in. We had to hurry and get groceries. People were so uncertain about the state of the environment…, ”she shared.

During this time too, preparations were being made for the return home, which was some months later since the closure of airports.

Barrow-Graham returned to Guyana shortly before her final exams in July. She recalled how wild things were trying to get her internet set up with GTT and being told she needed to wait two weeks for an installment. Finally, when she received the service it was sporadic even on the day of her examination. Nevertheless, not only did he pull through, but she was the Best-rated Guyanese as well as the only Guyanese on the Principal’s Honor Roll; Another 31 Guyanese graduated from law school.

Speaking on an important lesson she has taken from her studies, the lawyer said, “I have had lecturers in the law program and lecturers at the law school who emphasized the importance of good character. I think this profession is one where you need to have good character traits. You need to be an honesty person. I appreciated when a teacher would come to class and stressed why it was important to be honest … I find the character goes a long way. “

Although she may relax a little more now, Barrow-Graham still hopes to pursue a doctorate in law one day and plans to work hard towards becoming recognized as a legal expert on international trade law, without limited to the Caribbean region. “I would love to be able to represent the cause of developing countries because I’m from a developing country,” he said.

Barrow-Graham took the time to acknowledge all those who supported her throughout her journey, singing Hughes, whose in-service training, family, friends and lecturers were close and extended.

She dedicated her achievement to her son, Jivan, hoping he sees that with hard work, it will bring great results. Barrow-Graham was admitted to the Bar in the presence of her son, husband and mother.