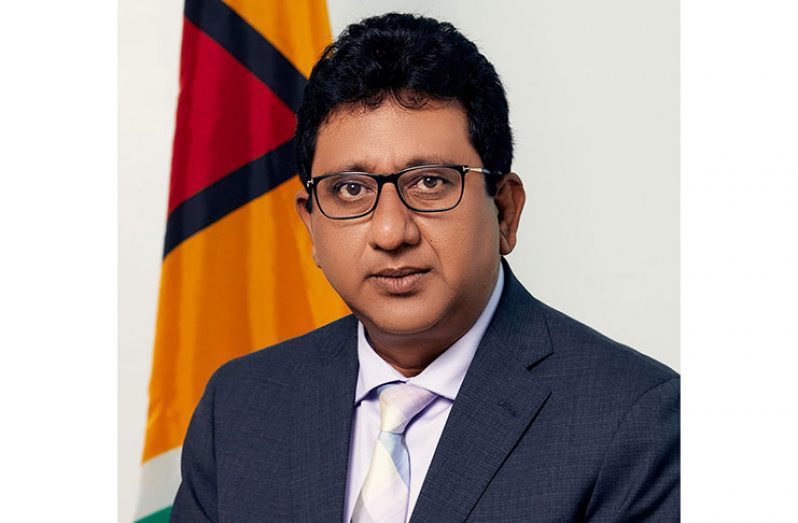 -CJ says that as she removed the deportation order

Chief Justice Roxane George on Wednesday quashed the deportation order for 26 Haitian migrants who had been taken into protective custody by police last November for suspected human trafficking. The application was filed by Attorney-in-law Darren Wade on behalf of Allandres Archer, a private citizen, on behalf of and on behalf of the Haitians. The Haitians had argued that their fundamental rights violations occurred when they were placed in protective custody at the Hugo Chávez Rehabilitation and Reintegration Center in Onverwagt, West Coast Berbice, Region Five (Mahaica-Berbice). In reaching her verdict, the Chief Justice (CJ) said that she found that she had breached natural justice on the grounds that the Haitians should have had a court hearing before the deportation order was granted, based on guidelines set out by the Immigration Act.

“My ruling, based on the request …, was a breach of natural justice regarding the issuing of the deportation order,” said the judge. However, the CJ did not issue an order for damages and costs, since the Haitians were released. Attorney General Anil Nandlall, SC, had filed an application that prayed for Archer’s request to be quashed. The request sought to dismiss the case. It was submitted to the court that Wade breached his duty as an attorney when he failed to inform Archer of the contents of the documents in the case and the consequences of executing such documents before he (Archer) signed them. The AG Chambers had argued that Wade initiated the case without Archer’s authorization, which is such a fundamental flaw that it makes the case void. However, during Wednesday’s hearing, Wade said he did not receive instructions from this client to withdraw the matter.

The CJ in her judgment refused to grant the AG’s application as she found it had no merit. “I do not consider your application to have any merit. If the applicant [Archer] wanted to withdraw that he should have done that, ”said the CJ. On December 1, 2020, Chief Magistrate Isaacs-Marcus at Georgetown Magistrates’ Court issued an order for the Haitians to be transported to the nearest port of exit. Justice George, on December 3, 2020, issued a conservatory order suspending the deportation of Haitian immigrants. Wade had argued that the deportation order issued by Magistrate Sherdel Isaacs-Marcus was arbitrary and a violation of his clients’ fundamental rights. When questioned by the CJ on December 18, 2020, about whether the Haitians are within the jurisdiction, Wade noted that they had already left Guyana on the basis of the instructions he had received.
This newspaper was made to understand that the Haitians arrived in Guyana on November 7, 2020 and were reported to have had six-month stays.
However, they allegedly provided immigration officers with incorrect information about where to stay while in the county. Days later they were found in a city hotel and in a minibus on the Soesdyke-Linden Highway.

Wade in his affidavit told the court that just a few hours after arriving in Guyana, the Haitians were apprehended by police. A group was evacuated from the Bristol and Bristol Hotel, located on South Road, Georgetown, while another group was arrested on the Soesdyke-Linden Highway. Police claimed they were suspected of being the victim of a human trafficking ring, an allegation the Haitians had consistently denied. The President of the Haitian State Association in Guyana, Kesnel Toussaint, had stated that the Haitians were denied counsel, even though they were in custody, despite several requests being made. He had argued that the Haitians came here legally, and had automatic stays of six months in accordance with Guyana’s obligation to the Chaguaramas Treaty. Following their detention, Home Affairs Minister Robeson Benn had revealed that approximately 33,000 Haitians had been reported as “missing” over a three-year period, upon their arrival in Guyana. Benn had alleged that the 26 Haitians, including seven children, were part of a human trafficking cycle.