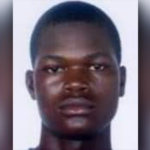 Relatives of Henry boys charged and remanded to prison for murder

Kaieteur News – Mark Anthony Henry – brother and cousin of Joel and Isaiah Henry, cousins ​​who were butchered and dumped in the Cotton Tree countryside, West Coast Berbice – was charged yesterday with the capital crime of murder committed on Surojdeo Deochand from the name “Sarjie”.
Henry named ‘Chipsman’ appeared before him and Magistrate Renita Singh read the charge to him – he was not required to plead to the indictable charge. He was arrested on March 31 and charged with murdering Deochand, executed March 30, in Village No. 3, West Coast Berbice. The 24-year-old was represented by attorney-in-law Nigel Hughes and was held in jail until April 20, 2021 for a report.
Deochand, 68, was found in a pool of blood with broken wounds to his face, belly and arms at his home in Village No. 3 by police and his relatives. He was one of the men who arrested, questioned and released the police over the cruel deaths of Isaiah and Joel Henry. He had moved out of his home – located next to Mark Henry’s residence – during the riotous protests that took place on the West Coast after his home was robbed and he received a threat and only a few days before he died he was allowed to move back.
After his death, police had issued a wanted bulletin for Henry who turned himself over to the police in Georgetown in the company of his attorney. Chief Crime Officer Wendell Blanhum had confirmed that Henry had confessed to murdering Deochand, a pensioner, for revenge.