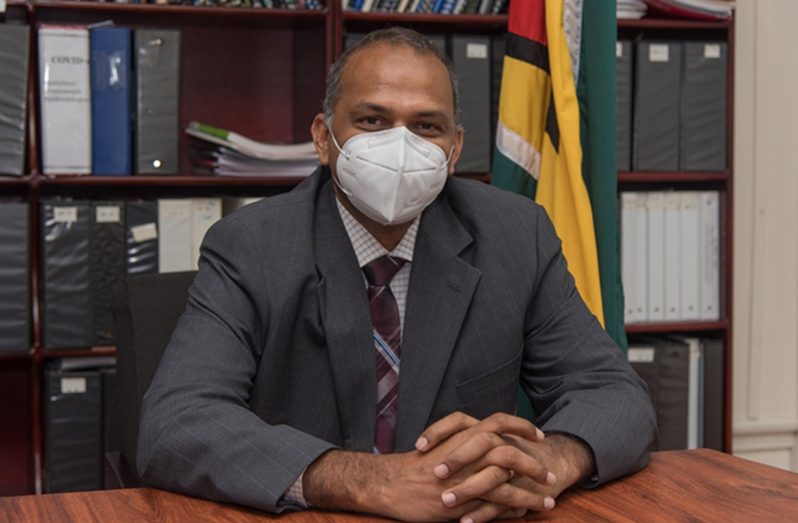 THROUGH the COVID-19 pandemic has put a strain on other mechanisms that used to be effective in distributing filaria pills this year, the distribution of the final set of pills from house to house will be critical to the success of this four-year Mass Drug. Operation Administration (MDA).

Health Minister Dr Frank Anthony highlighted that a number of personnel had been trained to carry out the distribution of the three sets of pills from house to house, starting next month. This is due to the recognition that previous strategies for distributing the pills in public locations, such as markets, business centers and schools, may be restricted due to the COVID-19 pandemic.

As a result, house-to-house distribution of pills has been a feature of the MDA that will be critical to its success this year.

“The team working on this particular project has spent a lot of time designing and delivering that plan, so they have a presentation that would be in some of the coastal regions and we would go to the internal regions, ”said the Health Minister, Dr. Frank Anthony on Monday as he responded to questions during his daily COVID-19 update with the Department of Public Information (DPI).

In addition to the house-to-house distribution, the health authorities have engaged with community and religious leaders to help sensitize people about why it is necessary to take the pills. In October, 2017, the local health authorities launched a multi-year reconfigured MDA, seeking to eradicate lymphatic Filariasis (LF), commonly known as filaria or “big foot,” in Guyana. Through this, efforts are made to get at least 70 per cent of the population to consume the ‘filaria pills’ – Diethylcarbamazine citrate (DEC), Albendazole (ALB) and Ivermectin (IVM) – to sterilize and kill the worms that cause filaria.

Bancrofti worms cause filaria and are transmitted by culex mosquitoes. According to the World Health Organization (WHO), it affects the body’s lymphatic system, which acts to remove unwanted fluids from the body and transports ‘lymph’ – a fluid containing white blood cells that help fight infections. Although Guyana is one of the few countries in the Americas that still has this disease, if this year’s MDA is successful, Guyana will be able to eradicate it.

In the revived MDA 2017, the Ministry of Education was recruited to join the campaign, because in a previously unsuccessful filaria campaign, children were the group that failed to reach the lowest percentage for coverage.

“While schools in the past (this MDA rounds) have been one of the areas we have targeted, because the students are out of school but they are at home, once we are ‘ n doing the house-to-house work we will be able to reach too, ”explains Dr. Anthony too.

The smaller number of older students who have been able to return to their schools for physical commitments, would get the tablets there. Just as in previous rounds, students are expected to take the tablets unless their parents have signed disagreement forms preventing them from consuming the filaria medication.

People who are infected with LF can develop chronic conditions, leading to swelling of the legs and scrotum. Locally, swelling of tissues in the leg is called ‘big foot,’ and scrotal swelling is called ‘goadie.’ There is no cure for filaria, which makes these chronic manifestations irreversible. And for this reason it is essential to take the tablets to prevent infection.

Minister Anthony stressed, “[Taking the pills] for your health, it’s going to protect you, it’s going to stop you from getting filaria or what is called a ‘big foot,’ and I think that’s important that we can actually eradicate this disease from our country. “

Individuals are given a combination of the three pills based on their height. Pregnant women, seriously ill people, children less than two years old and shorter than 90 cm tall will not get the pills.