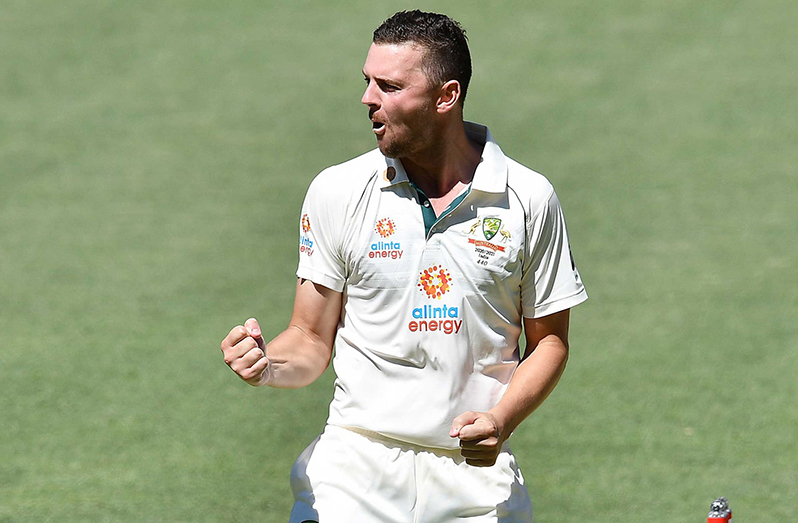 Hazlewood breaks into the top five, Kohli narrows the gap at the top with Steven Smith

JOSH Hazlewood has climbed to fifth place in the ICC Test bowling ranks following his stunning 5-for-8 defeat against India in the second innings of the night Test in Adelaide, which Australia won by eight wickets. This is the first time since March 2018 that Hazlewood has been among the top five Test bowlers in the world.
Hazlewood was No. 9 before the start of the Test. After the Adelaide Test, he jumped four slots to reach 805 points.
Pat Cummins, who scored seven wickets in the contest, continued to lead the table with 910 points. His win of six rating points opened a gap of 65 points between him and Stuart Broad (845) in second place.

For India, R Ashwin took four wickets in the first inning to become India’s top bowler of the Test, passing Jasprit Bumrah. Currently in ninth place, Ashwin was the only spinner in the top ten. Among batsmen, 47 and 6 Marnus Labuschagne helped him achieve his best ever score – he was No. 4 with 839 points. Virat Kohli, who ended the year without a hundred internationals – for the first time since 2008 – earned two points courtesy of his 74 in the first inning.
This, and a rare failure for Smith (1 + 1 *) which saw him lose ten graduation points, narrowed the gap between the two at the top. However, Smith still leads 23 over Kohli, who would not play a role in the rest of the series as he returns home for the birth of his first child.
In other significant moves, Tim Paine’s unbeaten 73 raised him to the 33rd best position of his career, while Joe Burns’ unbeaten 51 in the second innings helped him to 48th place.